New Artist of the Week: The Korean-American house-pop producer is one of the BBC Sound of 2018 list 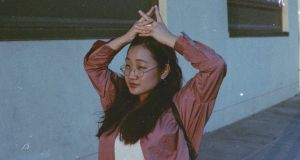 Why: When Shamir Bailey’s disco-ready falsetto first appeared in 2014 before the Las Vegas singer went on to sign to XL Recordings, it was the alchemic production hand of Nick Sylvester who improved and released Shamir’s music on the God Mode label. With a stated interest in bringing leftfield artists “slightly more to the centre”, and “way-centre artists” more towards the leftfield, God Mode helped transform Shamir into a disco pop star.

Shamir would go on to abandon Sylvester’s disco-pop sheen in favour of an unfocused second album of indie and rock confessional songs earlier this year.

Meanwhile, Sylvester’s detailed sonics have helped the music of the latest God Mode artist Yaeji to stand out, not that Yaeji’s music isn’t all her own doing.

Across two EPs, the NYC-based Korean producer’s music has maintained a bilingual house-pop sound that creates space for ambient hypnotics and club dynamics. With a dual American and Korean background, Yaeji’s music occupies a fresh cultural space that allows her to put a new slant on Drake’s Passionfruit or, on the highlight of her discography so far – Raingurl – create a global banger about introspection in the club. In further support of her talents, Yaeji has just been nominated for the BBC Sound of 2018 poll.

Dublin post-punk math-rock band Tribal Dance arrive about five years after their chosen sound was at its height in Ireland. Flongo is proof that they should remain undeterred. Relying on intricate guitar notes, garage-rock vocals and interlocked percussion, the song is a reminder of the thrill of playing fast and anything but loose.

Gloucestershire siblings Rob and Katy Pearson have been releasing a fine collection of singles lately with nods to Fleetwood Mac and Kate Bush. Their latest single Bloom has a similar classic pop feel in its pursuit of a utopian retreat, in response to the dumpster fire reality of living in 2017.