A Limerick stop for Luka Bloom; and Mícheál Ó Súilleabháin is celebrated at NCH 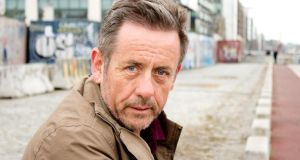 Luka Bloom is in Limerick on Friday

Determinedly genre-fluid, Luka Bloom has never been one to stand still. His extensive and eclectic recorded output over the past 20 years has been matched and surpassed only by his seeming ability to teleport himself across the globe, popping up in Australia’s outback, on stage with the Dalai Lama and in the snuggest corners of Baltimore with equal ease. Bloom’s reflective, soulful music melds personal history with socio-political awareness – both worn so lightly they tiptoe towards the listener. A thoughtful treat.

Elver Gleams – A Celebration of the Music of Mícheál Ó Súilleabháin, with the RTÉ National Symphony Orchestra

Having made his mark in the national psyche through his visionary founding of the Irish World Academy of Music and Dance in the University of Limerick, not to mention his extensive interest in the legacy of Seán Ó Riada, and his own voluminous solo recordings, Mícheál Ó Súilleabháin is honoured with a gala concert, featuring special guests and regular Ó Súilleabháin collaborators, singer Iarla Ó Lionáird, percussionist Mel Mercier, harmonica maestro Brendan Power, saxophonist Kenneth Edge and piper Pádraic Keane. This promises to be a very special night of music.

ionadculturtha.ieFather/daughter trio Mick, Louise and Michelle Mulcahy bring the pure drop across the county bounds to Cork where their dazzling array of instruments (accordion, concertina and pipes for starters) and fine, unfiltered playing style will inevitably breathe fresh life into familiar tunes, as well as many less-familiar ones too. Their 2016 award-winning album, The Reel Note, was a timely snapshot of a trio whose genetic inheritance is writ large across their seamless playing.

Yet another intriguing collaboration, curated by Music Network. Tonight is the opening concert in an autumn tour, featuring Dervish’s singer, percussionist and raconteur Cathy Jordan, who is saddling up alongside Tyrone singer and multi-instrumentalist (and youngest-ever winner of the BBC Young Folk Award in 2003) Jarlath Henderson and Cork singer Mick Daly, a founder-member of Four Men and a Dog. Their shared songbook is sure to overflow with unlikely coalitions, so prick up your ears: it’s likely to be a rambunctious ride.