It’s not Eurovision, but it’s the nearest we’ll get 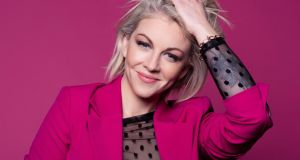 A year without Eurovision: a reprieve for some sceptics, to be sure, but unthinkable for the annual song competition’s millions of fans, and for its producer, the European Broadcasting Union (EBU). Though this is first time since its 1956 founding that there will be no Eurovision Song Contest, a number of online and broadcast events have cropped up to fill the Euro-void since the 2020 competition in Rotterdam was cancelled due to the Covid-19 pandemic.

This Tuesday and Thursday night, the Rotterdam semi-finals will be replaced by broadcasts of the official videos of the 41 competing songs, in the order in which they would have been performed; Ireland’s Lesley Roy performs Story of My Life on Tuesday.

On Saturday night, public service broadcasters across Europe including RTÉ will show Europe Shine a Light, a celebration of the competing songs along with performances by popular artists from the contest’s past. As the title hints, this will include Katrina and the Waves performing their 1997 winning song Love Shine a Light and a fan chorus singing along with Johnny Logan and his 1980 win for Ireland, What’s Another Year?.

A central motivation for the EBU to produce alternative Eurovision content this year is to provide exposure for the competing artists. While nothing’s going to replace the opportunity to perform live for an audience of over 180 million people, “we wanted to do what we could to make sure that the artists are celebrated online,” says Dave Goodman, communications lead for the Eurovision Song Contest at the EBU.

“Look, I was gutted,” says Roy about receiving the news that the 2020 contest was cancelled. “We were on such good momentum and pace, we had a buzz going in Ireland again about Eurovision.” She returned to her home in New York in the week after the cancellation and says she’s still processing everything that’s happened to the contest and the world during this pandemic. “As the weeks go on, I’m trying to take away any lessons and positives I can.”

The 2020 Eurovision artists are allowed to compete in 2021, but not with the same song, the thinking being that the extra exposure for the 2020 songs could give them an advantage. Michael Kealy, head of RTÉ’s Eurovision delegation, says that the “door is wide open” for Roy to submit another song for 2021, and she says she intends to’ “one hundred percent” .

“I think straight out of the gates, the next song I present will be fully a modern song,” says Roy. Story of My Life had a throwback quality that was not universally embraced by fans. Roy says she’s trying to take such feedback on board and bring it to her songwriting. “As upsetting as the cancellation was, I’m trying to see the silver lining.”

Within two weeks of the 2020 contest’s cancellation, the EBU began broadcasting Eurovision Home Concerts on YouTube – hour-long programmes featuring this year’s and previous competitors, singing their own Eurovision song and a cover of a previous song from wherever they are in lockdown. Performing Story of my Life from her New York apartment was “kind of bittersweet,” says Roy. “It was nice to do something at home for the fans. They are trying to fill such a void, not having their Eurovision fix.”

Ryan O’Shaughnessy, who competed for Ireland in 2018, recorded his Home Concerts contribution from Los Angeles, where he’d been writing new songs and meeting with producers when Covid-19 hit (he’s since returned to Dublin and is sheltering at home). In addition to his Eurovision song, Together, he performed a cover of this year’s hotly tipped Icelandic entry Think about Things,” complete with its deadpan choreography. “We ended up doing a bigger production than a lot of people,” says O’Shaughnessy. “We had a lot of fun with it.”

Other Irish Eurovision performers who have or will feature in the Home Concerts are 1996 winner Eimear Quinn and two-time competitors (2011 and 2012) Jedward.

Another alternative Eurovision activity that’s taken off in unexpected ways is #EurovisionAgain, YouTube re-broadcasts of past contest finals at 8pm on Saturday nights. The brainchild of London-based freelance journalist Rob Holley, #EurovisionAgain has attracted more than 100,000 viewers per week and has consistently trended on Twitter in the UK, Ireland, and Sweden. “I thought about 30 people would watch,” says Holley. “It went bananas. Since the first week it’s snowballed.”

Holley and a team of three other fans create Twitter and video content, organize online voting, and create scorecards in advance, and during the broadcast encourage fans to comment and share memories on social media. “I have a deep love of the contest,” says Holley, “and there’s a way to comment that’s done with affection. Some British commentators can be a bit snarky. We’re trying to make sure that there is a level of friendly banter and camaraderie.”

The EBU is supporting #EurovisionAgain by providing high-quality videos of past contests and hosting the showings on its YouTube channel. The oldest final that’s appeared in #EurovisonAgain was the 1997 contest in Dublin – the last of Ireland’s history-making 1990s run of wins and hostings. That was the year of Katrina and the Waves’s landslide victory, and to the surprise of Holley and the EBU, Katrina Leskanich, the group’s lead singer, started tweeting along with the rebroadcast, along with that year’s runner-up, Ireland’s Marc Roberts. “When we saw that Katrina was tweeting, it brought it to a whole new level of engagement with the fans,” says Goodman. “It created a really special moment.”

Holley says he intends to continue to produce the #EurovisionAgain events until this time of social isolation ends. While they’ve helped him combat lockdown boredom, they’re also for a good cause: fans are encouraged to donate to three LGTBQ+ charities, Mermaids, the Terrence Higgins Trust, and Stonewall, and so far more than £12,000 has been raised.

While they’re not the same thing as the contest, Holley believes that the re-broadcasts capture its spirit: “It’s not just about the competition itself and who wins. One of things that excites me the most is the fandom and the connection you have to other people, other friends and fans.” Even without a live new Eurovision, there are still some ways to “experience its positive effects,” says Holley.

Europe Shine a Light is on RTÉ One, BBC One and RTÉ Radio 1 at 8pm on Saturday