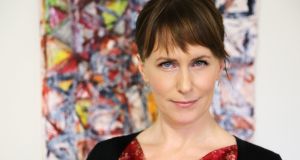 Music Network chief executive Sharon Rollston: “There’s nothing nicer than being part of a packed house at a concert in some far-flung part of the country.” Photograph: Fran Marshall

As a music touring and development agency, Music Network has been supporting Irish musicians, live events and distributing funds for the past 30 years in the fields of traditional, jazz and classical music.

Established by the Arts Council in 1986, Music Network has been the glue that binds musicians in those genres in terms of career development and touring. Live music is integral to the organisation’s existence and informs their strategy, vision and advocacy. Through its promoter network, Music Network helps put on events around the country in as many locations as possible, helping to establish touring infrastructure and develop new audiences for musicians. Music Network chief executive Sharon Rollston says that just 10 per cent of Music Network’s concerts happen in Dublin,with the rest nationwide.

“There’s nothing nicer than being part of a packed house at a concert in some far-flung part of the country,” says Rollston. It’s even better if it’s a new ensemble that we present on the tour. That can be really really rewarding.”

Success stories
Recent touring beneficiaries include Galway bluegrass trad band We Banjo 3 who have made live music a huge part of their careers and were supported by Music Network between 2011 and 2014. They currently have three tours supported by Culture Ireland in the coming months in the UK, Germany and the US. Rollston says that We Banjo 3 are the indicative of a new DIY and entrepreneurial spirit in Irish music these days.

“There’s more competition out there and you have to be extremely savvy to make it work. We Banjo 3 are a prime example of a band who have the drive and ambition to make it work and are prepared to do it. Their success is well deserved.”

Artist residencies
The Music Network Artist Residency provides funding to artists to deliver a series of concerts, and the pilot programme was recently completed in the Triskel Arts Centre with support from Cork City Council. The result was a five-concert series in March curated by pianist Phil Ware which featured 26 Irish and international jazz musicians, along with an extended outreach programme that ran until June this year. “The residency was a great success and enabled the venue reconnect with its core jazz audience in Cork,” says Rollston.

Funds and controversy
The Music Capital Scheme provides additional funding for musical instruments for musicians and ensembles. A violin can cost anything from €3,000 to €19,000 according to past awards, while brass, pipe bands and youth orchestras often avail of the fund for equipment.

Another fund, the Music Recording Scheme, which provided finances for recorded music, was suspended in 2013 after questions were raised by this writer and others around the scheme’s transparency, a panel conflict of interest and a perception of bias towards certain genres.

“The controversy surrounding the awards in 2013 was unfortunate, but we took people’s views on board and procedures in terms of managing funds and schemes were changed as a result,” says Rollston. “We did review the scheme and submitted the case for reinstatement to the Arts Council, but as present time, it is suspended. We have made the need clear, but it’s up to the Arts Council.”

One of the things that followed in the wake of the the criticism was more funding and advice clinics to encourage increased applicants outside the fields of trad, classical and jazz – seeing as the Music Recording Scheme is open to all genres.

“Clinics have been offered for the past two years,” says Rollston. “It’s good to show we are approachable and want to help people make the best application they can.”

Youth reach
Away from funds and schemes, advocacy has been a big part of Music Network’s work over their 30 year existence.

“As a development organisation, a lot of our work is under the radar and often, long-range,” says Rollston. “We campaigned for 10 years with the support of the Arts Council and others for improved access to education for children and young people.”

Music Network’s partnership with The Ark, the youth cultural centre in Dublin’s Temple Bar has lead to a successful strand of programming for children. The Brian Irvine commission A Most Peculiar Wintry Thing in 2014 ran for 14 dates at The Ark and 20 dates nationwide. A follow-up has been commissioned.

Meanwhile, for Music Network’s 30th year, they presented musicians to new audiences at this year’s Body&Soul Festival, which also increased awareness of the organisation, while a 30th Anniversary Concert featuring a large-scale harp ensemble entitled Avoca: a Celtic Journey by Irish composer Philip Martin takes place on November 20th at the Royal Hospital Kilmainham in Dublin.

“The idea is to celebrate the richness and diversity of the Irish harp community,” Rollston says.

Winter Papers 6: There’s nothing here that doesn’t earn its keep
9