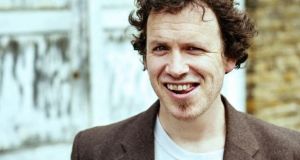 When the Smithwick’s Kilkenny Roots Festival started 21 years ago, there was little doubt that it was with a wish and a hope that it would continue. And yet here we are, older and wiser and still not suffering from the achy-breaky heart that a certain kind of country music admires.

There might be the occasional cowboy shirt worn during the festival’s four-day duration, and there might be as many strands of roots music played in as many bars around the Marble City, but anyone who thinks that it is the equivalent of a weekend break for line dancing Nathan Carter fans should re-evaluate. Rather, the festival is a celebration of roots and country music at its least conventional.

Another way of putting it is this: those people who recently shed a genuine tear at the passing of “Big” Tom McBride would, quite likely, not travel to Kilkenny to see music acts and songwriters that, while cut from the same foundational cloth as McBride, are miles apart when it comes to approach and delivery.

There are reasons for this, of course. One is the age demographic, and another is the correlated fact that the vast majority of the roots, country and Americana acts that have performed in Kilkenny over the past 21 years have a background in punk and post-punk music.

We recall seeing Ryan Adams at the Watergate Theatre walking a thin line between maverick singer-songwriter and snarky pup. We remember watching Jason & the Scorchers exhort a mini-riot with amped-up guitars and rough-edged cow-punk tunes. And we kid you not when we say that the Irish debut of Hammel on Trial (aka Ed Hammel) was the first time we had a valid reason to think that The Stooges had landed in Kilkenny armed with just an acoustic guitar and a batch of resonant story-songs.

While drawing from the same well of influences, all of the aforementioned belong to categories that could easily be termed “insurgent”, “progressive” or “experimental”, hence the appeal to people who may have tipped a respectful hat to Tom McBride but whose lives he never impacted upon.

What informs this festival, and what makes it one of the best on the calendar, is the knowledgeable choice of the acts. Like all other festivals, of course, it can only deliver what its budget allows, but – however they manage it – its curators don’t put a foot wrong when it comes to the line-ups.

This 21st year’s range of acts is no different. You have punk-influenced alt country acts such as The Blasters (George Jones on a warped rockabilly tip) and Hillbilly Casino (honky-tonk as played by Black Flag). You have superb singer-songwriters such as Mary Gauthier, Whitney Rose, Michael Nau, and Peter Oren. Most important for enquiring music lovers, perhaps, are the acts you’ve never heard of before (these include Prinz Grizzley, Bennett Wilson Poole, and Molly Tuttle). Another plus of Kilkenny Roots is that quite a few acts are booked for the weekend, so the usual festival irritant of clashing schedules are often avoided. Have a blast, is our advice.

The Smithwick’s Kilkenny Roots Festival runs from Friday, May 4th to Monday, May 7th. Visit kilkennyroots.com for further details.