The co-founder chose exciting young pianists and a veteran keyboard player, and his own performance set the bar high 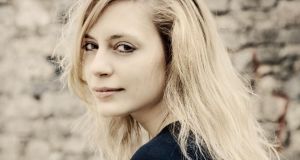 If you’re a festival director performing in your own festival, you’re like a player-manager in football: the sole aim of your team selection has to be winning. You can’t fear being upstaged by the players you select.

What you can do – what Kenny Dalglish did in Liverpool, for example, and what pianist and artistic director Finghin Collins did at his New Ross Piano Festival last weekend – is set the bar high with your own performance.

Collins, who co-founded the festival with Connie Tantrum in 2006, secured a veteran keyboard presence in Melvyn Tan, and injected young blood by awarding first caps to Lise de la Salle from France, Beatrice Berrut from Switzerland, and Joseph Moog from Germany, all exciting up-and-coming pianists.

Then he personally set the bar in Friday night’s opening concert.He played Chopin’s second set of Twelve Études (Op 25). These pieces are each so notoriously, hellishly difficult that the buzzing expectation they generate can come with an almost macho preoccupation with technical prowess, like lads discussing motorbike engines. Indeed, that’s how the young lions at piano competitions perform such music.

Technical demands were the focus of the detailed notes in New Ross’s printed programme, and they dominate the entries for étude in music dictionaries. Moreover, Collins was never one to shy away from the sheer physicality of playing the piano. I heard him play the Op 25 when he was still a teenager, in 1997. We were set up for a circus act.

And yet, something different happened: he played in a way that made you all but forget how these pieces were technical nightmares. His mastery was so assured and complete. He tamed them. Technique departed centre-stage. He didn’t play as though trying to prove something, but rather as though recounting some little story he had uncovered in each one. This was transcendent playing. Collins transcended Chopin’s technical minefield, filtered out all the noise of physical overachievement, and reverted to music-making. It was spellbinding stuff that reached deep.

Melvyn Tan’s long commitment to original instruments can be clearly evident via performance on modern ones. His Beethoven (Sonata in B flat, Op 22) reflected this. Whatever his view of each movement – quite romantic for the slow second, childlike playfulness in the Menuetto – it was always informed by a crispness of attack that brought the fortepiano to mind. On the other hand, he embraced the modern Steinway’s wide capabilities more openly in Schubert, creating a journey in first-class comfort and deep insight out of the Sonata in G, D894.

The young German Joseph Moog included some striking contrasts of programming in his recital, juxtaposing Beethoven and Fauré but unifying their sound-worlds with a common thoughtfulness and sensitivity of playing. Then, without letting go of that thoughtfulness, he entered the arena with a selection of Rachmaninov Études-Tableaux, bringing out the ferocity, for example, of the Op 39 No 6, which had the sudden viciousness of a shark attack. He offered a quiet étude of his own as an encore, hundreds of rapid notes in the silkiest of cascades.

Cherbourg-born Lise de la Salle gave a bravura performance of the Brahms Handel Variations on Saturday, and closed the festival on Sunday with Ravel’s challenging Gaspard de la Nuit. She appeared more settled in the latter, overcoming all technical challenges to breathe life into Ravel’s graphic settings and atmospheres.

Yet if there were to be one specifically transcendent performance to bookend Collins’s Chopin, it came from Beatrice Berrut on Sunday afternoon. Her Busoni transcriptions of Bach chorale preludes, and of the D minor Chaconne (BWV 1004) calmly revelled in multiple layers of genius and beauty, from the original, devotional unison of the choral melodies to their appropriation by Bach for two hands, two or more keyboards, and two feet at the organ, to Busoni’s miraculous adaptations for just two hands at the piano. Yet no matter how logic-defying Busoni’s magic, what always came across from Berrut was the sheer beauty of the music and the refined, restrained emotional depth of Bach.

By way of instrumental contrast, four of the five pianists took turns joining the Cassiopeia Winds. The most successful of these came via the grace of Mozart (the E flat Quintet K. 452 with de la Salle) and the Impressionist colours and moods of Caplet’s rarely heard Quintet (with Collins). Deirdre O’Leary’s clarinet solo to open the slow movement was a quiet revelation of neglected beauty. On the other hand, it was also obvious why Rimsky’s repetitive B flat Quintet is neglected.

This, the ninth New Ross Festival, saw the inauguration of Collins’s commissioning project with the Ros Tapestry. For three years, each festival will see five of the tapestry’s 15 panels reflected in six-minute pieces by Irish composers. The tapestry, created by Ann Griffin-Bernstorff and still being stitched by 150 volunteers since 1999, is an amazing history of Wexford with an emphasis on New Ross’s Norman origins.

The first five featured programmatic depictions of the galloping, horse-borne arrival of the Celts (John Kinsella, played by Collins) and the shimmering ghost of the unborn Aoife, daughter of Dermot (Elaine Agnew, played by Moog). Gerald Barry presented the anxious state of the people of Wexford as they waited for the Normans to arrive (played by Tan). Sebastian Adams, whose will to keep to his normal avoidance of extra-musical influence “briefly threatened to push me into insanity” as he responded to the siege of Wexford, powerfully captured its large-scale violence and horror, almost wrecking the fingers of Beatrice Berrut (who still had Liszt’s Dante Sonata to go).

There was violence also in Gerry Murphy’s account of battles in the kingdom of Ossory (played by de la Salle), but with an abrupt cinematic twist in which the battle noise was suddenly blocked out, the action reduced to slow-motion, and in the quiet we shared the dying thoughts of a lonely conscript from far away, brained in the first seconds of the fight.