Joan Wasser is set to release her most musically diverse album yet, and this time . . . it’s still personal 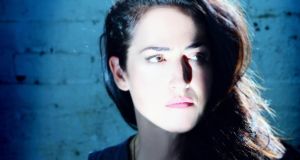 Joan Wasser is mid-sentence when she suddenly pauses. A horrified gasp is quickly followed by a colourful expletive. Then another. And another. Rather than a response to The Ticket’s chosen line of questioning, Wasser has just made the mistake of looking out the window of her New York apartment, where a traffic warden is slapping a ticket on the windscreen of the car. “Goddammit! Shit! Hey! I can’t even get the window open!” she yells to the sound of palm manically slapping glass. “OK,” she sighs, somewhat defeated. “At least they didn’t tow me. They didn’t tow me! I need to concentrate on that, right?”

This brief, amusing outburst neatly sums up Wasser’s character – feisty, funny, animated and yes, reluctantly optimistic. She is the kind of person, you imagine, who stands up and waves her arms around to emphasise her point, even over the phone. Yet while her outgoing, quirky personality ties in with much of her musical output over the years, the woman known to the music-buying public as Joan as Police Woman is also known as an uncompromising, deeply personal lyricist. That sense of delving into the most uncomfortable parts of the psyche and coming out the other end renewed is continued on her fourth album The Classic , possibly her best yet. It’s certainly her most diverse, from the a capella doo-wop of the title track (featuring comedian Reggie Watts) to the soul and Motown inflections of Holy Cit y and Shame .

“It just happened,” she says. “I did not intend on writing a doo-wop song, but I just started banging on the piano, and it just happened from there. That’s true of a lot of the songs; I didn’t write Ask Me as a reggae song, but when we were working it out as a band, that’s what sounded best. Soul music and Motown is music that I’ve grown up with and have been listening to for so long – but on this record, I just allowed myself to make music like that without constantly trying to decide whether I was ‘good enough’, or without thinking ‘will I be able to sing this song in a way that feels respectful?’, or something ridiculous like that. I just tried to get all that crazy stuff out of my mind and make music that was just really, really good.”

Those malevolent voices of doubt have plagued Wasser in the past, but – as the album’s press release puts it – at 43, she is in “the best place” of her life. A sassy line on Shame sums up her newfound, streamlined self-confidence: “ I’m not here to be the sufferer for the fears of all humankind / I’m here to sing and get up in your everything ”.

“In my personal life, I’m definitely in a place where I’m not doing idiotic things to myself and others,” she laughs. “That’s a good feeling, that’s for sure. That being said, I think making a number of records I feel proud of – and then somehow having other people also like them – is a pretty amazing feeling, y’know? It definitely gives me a little bit of confidence. You think ‘Well, people might not love the next record, but somebody’s gonna like it, at least. It’s gonna touch somebody in some way’, and that’s a nice place to be. Music has, over and over, saved my life in so many different ways. It’s helped me through so many times that were really difficult, so to be able to feel like I’m sort of returning that, and passing it on, is enormously important to me. I do still often write stuff that is very personal and makes me feel very vulnerable; it’s stuff that in the moment, I’m thinking ‘There’s no way this is going on the record.’ And y’know, often a lot of it does make it on. It’s kind of like, well, who cares? We all have those feelings – am I going to pretend that I don’t because I don’t want to appear ‘weak’? So the theme of this record – and the last one, too - is trying to balance the magic of life with some sort of realism, I guess.”

After the release of 2011’s The Deep Field, Wasser spent some time working on other projects that were not necessarily Joan As Police Woman-related – including Beck’s Song Reader collaborative project and composing runway music for fashion house Viktor & Rolf. The fresh perspective, as well as the “boundaries and deadlines” imposed on her for such endeavours, meant that writing for The Classic was an easier process than usual. In late 2012, she also road-tested some fledgling songs over the course of several months at tiny gigs in New York’s Rockwood Music Hall.

“Those shows were really helpful,” she agrees. “First of all, I really like a deadline and it gave me that; so those gigs were a case of ‘OK, I gotta play this song, so make some decisions right now about where that song is going’. And then songs can sound and feel very different between being in my apartment playing them, and being on a stage and actually playing them for real human beings. My plants don’t talk back; they don’t say ‘Weeeellll, I don’t know about that bridge’. A lot of the songs made it, and some of ‘em didn’t, that’s for sure. I had a song called ‘Hell is Where the Heart Is’, and that song definitely did nooooot make it,” she chuckles. “But just hearing what affected people and how they responded was enormously important for this album, actually.”

It has often been the case that Wasser’s past has been something of an albatross around her neck, whether it is her oft-mentioned relationship with the late Jeff Buckley or the long list of illustrious musicians she has worked with both before and in the midst of forging her solo career, from Rufus Wainwright to Lou Reed. Nonetheless, as her solo career continues to define her more than her outside endeavours, there are certain things that she has learned over the last decade, the most important being moving forward instead of dwelling in the past - a tenet that also applies to errant parking and enthusiastic traffic wardens, presumably.

“I’ve released albums and a review will say all good things about a record, except for one thing - and I’ll just obsess about that one thing,” she says, chuckling. “You have to remind yourself to keep it in perspective. People say to me, ‘I can’t believe you’ve had a music career for so long’, but the fact is that I just haven’t stopped doing it. Yes, I’ve had success and been really lucky, but at the same time, I did give everything up for it. So yeah. Just keep moving forward.”


The Classic is out now. Joan as Police Woman plays Dublin’s Button Factory on April 30th