Björk at 3Arena, Dublin: Everything you need to know

Setlist, stage times, tickets and more for the Icelandic performer’s ‘most elaborate stage concert yet’ 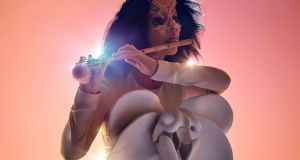 Björk’s immensely acclaimed Cornucopia show, her first theatrical production, pivots around her 2017 album, Utopia. Of course, theatre has rarely been absent from the Icelandic performer’s outlook, but this time around she described it as her “most elaborate stage concert yet, where the acoustic and digital will shake hands, encouraged by a bespoke team of collaborators”. Further defining it as a “sci-fi pop concert”, there is (as throughout Utopia) an environmental theme running through the show, including a video message by Greta Thunberg. Advance reports of the state-of-the-art production have been hugely positive, which is understandable – there ain’t no show like a Björk show, after all. – Tony Clayton-Lea

When and where is the gig?

On Thursday evening, at 3Arena in Dublin.

Parking is available in the Point Village car park (you can book through Ticketmaster for €13.85), but better to leave the car at home and use the Luas – get off at the final stop of the red line, the Point. There are usually extra trams on show nights because of the increased demand. The last Luas is scheduled to leave the Point at 12.30am on Friday.

What will Björk play?

Here is her setlist from her concert in London on November 19th:

There is limited availability on Ticketmaster. Concertgoers are advised buy tickets from accredited sources only.

Under 16s must be accompanied by a parent/guardian (Over 18)