Audiences expected a play about liberation; what they got was a scabrous, unromanticised depiction of the Rising’s failings 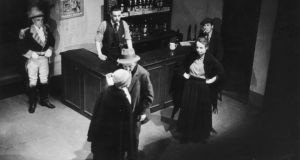 Early production: The Plough and the Stars at the Abbey Theatre in Dublin in 1942. Photograph: Haywood Magee/Picture Post/Hulton/Getty 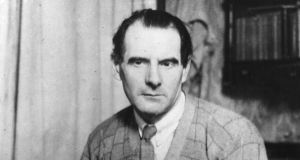 The year 1926 was the 10th anniversary of the Easter Rising, an event whose sacred status had been reinforced by the way its memory brought together the bitterly opposed factions of the Civil War. The Abbey Theatre had just become the first in the English-speaking world to receive a government subsidy.

It was not unreasonable to expect that the Abbey would mark the anniversary respectfully. Instead it presented Seán O’Casey’s The Plough and the Stars, which presented the Rising through the experiences of those who suffered most in Easter Week: the Dublin slum dwellers unwillingly thrust on to the frontline. And it suggested that, for them, the great event had brought nothing but deeper misery.

It is unsurprising that some of the audience, led by widows of men who had died in the Rising, expressed their outrage in riots.

With the play O’Casey turned his own disenchantment into great theatre. A Dublin working-class Protestant, he had been drawn into both labour activism and the Gaelic revival. He was at one point secretary of the Irish Citizen Army, but he fell out with its leadership over what he saw as their growing alliance with nonsocialist nationalists.

His first staged play, The Shadow of a Gunman, set during the War of Independence, had already shown a deep scepticism about the romance of violent republicanism. Yet nothing in it can have prepared 1926 audiences for the deliberate provocations of The Plough and the Stars.

Those provocations were relentless. The Citizen Army captain, Jack Clitheroe, is motivated mostly by male vanity. An infamous scene juxtaposes the machinations of the prostitute Rosie Redmond trying to pick up a client with the rhetoric of Patrick Pearse, heard from outside the bar.

The great taboo of the Rising – the enthusiastic looting by the Dublin poor – is given a central place in the action. The loud-mouthed loyalist Bessie Burgess turns out to be the only character with real courage. Overwhelmingly, it is women who are seen to suffer for male posturing. For women who had lost loved ones who had in turn become martyrs, this was deeply offensive.

Yet it was also a crucial declaration of the independence of art – its right, even its duty, to provoke and challenge. WB Yeats, in the heated debates that followed the premiere, drew a distinction between the national vanity of an immature nation and the national pride of a mature one, suggesting that a proud nation was one willing to look hard at its own failings.

Whether Ireland as a whole was ready for this kind of pride is debatable, but O’Casey did set a standard for its artists: that they must tell the truth as they saw it.

None of this would have mattered too much had not the play been a vivid, wrenching, surreal tragicomedy that grips with its action and characters as much as with its polemics. For all its political urgency and surface realism, The Plough and the Stars survives on the stage because its sense of things falling apart has a poetic force that transcends its immediate occasion.

Samuel Beckett acutely noted of O’Casey that “he discerns the principle of disintegration in even the most complacent solidities, and activates it to their explosion”. The immediate explosion was political, but the long reverberations are artistic.

You can read more about this week’s artwork in the Royal Irish Academy’s Dictionary of Irish Biography; see ria.ie