From the Archive: ‘The remedy will come, not from legislation, but from the common sense of the people themselves’ 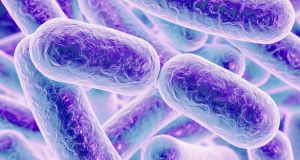 In 1952 Archbishop John D’Alton of Armagh drew a correlation between people going to dances and the spread of TB. Photograph: iStock

In the 1950s, The Irish Times carried frequent updates about the number of infectious diseases diagnosed weekly in the capital, with measles being a dominant one. But in the early years of that decade, there were also more than 6,000 cases of tuberculosis a year in Ireland.

In 1952, Archbishop John D’Alton of Armagh, delivered his Lenten Pastorals to churches across Ireland. The Lenten Pastorals, which were read out at Mass, condemned the “welfare state”. “The welfare state, being in large measure the offspring of socialism, insists that all should be on the same footing and receive equal treatment. A system of social services, which began by assisting the needy, ends by being made compulsory for all. The State thus makes unwarrantable inroads on the family, and usurps functions that properly belong to the parents.”

But it was late dances that earned the most of his vitriol, and “the abuses that accompany the craze for dancing, which has taken possession of the whole country”. Archbishop D’Alton wrote, “In regard to the moral issues involved in dancing, I will say nothing except this. If a dance or a dance hall in a particular case is really a proximate occasion of sin, you are bound under pain of sin to avoid it.”

It was then that he drew a correlation between people going to dances and the spread of TB. “Some doctors actually attribute the increase in tuberculosis to the late dances and the long hours spent in places of entertainment where the atmosphere is foetid and unhealthy. For all this the remedy will come, not from legislation, but from the common sense of the people themselves. With intense earnestness I appeal to all – young and old – to regard this matter as one of grave public importance and to act accordingly.” Archbishop D’Alton, whose friendship with Eamon de Valera began while they were both in school at Blackrock College, became a cardinal the following year.

In October 1952, the newspaper reported on details of a clinical trial published in the Lancet about isoniazid, a new drug which combined with streptomycin could be effective against tuberculosis. In December, P McAuliffe, a TD in Cork, brought allegations to a meeting of the North Cork Public Health Committee, that TB patients in St Patrick’s District Hospital in Kanturk were treated like “lepers” at the hospital.

In February 1953, the Central Statistics Office reported that 10 deaths in a week from tuberculosis took place in Dublin. But there were also encouraging reports that year about a reduction in fatalities caused by the infectious disease. In August 1953, a report ran in the newspaper that TB deaths in the North were in “steady decline”. In 1952, 30 people out of 100,000 people died from TB, down from 103 per 100,000 in 1951. The Northern Ireland Tuberculosis Authority said the “steady decline in the death rate to the present low level is most gratifying”.

The Central Council for Rehabilitation of Tuberculosis was another body working on the issue. In August 1953, Micheal MacLiammóir made an appeal on Radio Éireann for donations through subscriptions to be made to the organisation. The committee had established a clothing workshop on Pleasants Street in Dublin for women, and a woodworking centre on Portland Row for men. The report in the newspaper read, “The worst time for the sufferer from tuberculosis, he [MacLiammóir] pointed out, was when the patient was well enough to go home, but not well enough to work. It was during this period the committee looked after his welfare.”

Back to those dances so maligned by the archbishop. There is at least some evidence that what was being said by the church and “some doctors” was cutting through. In October 1953, a report about a dance licence being refused echoed that sentiment. Refusing to grant a licence to Shrule Parochial Hall to hold a dance until 2 am, District Justice N Barron, at Ballinrobe, Co Mayo, Court, remarked: “There is a high percentage of tuberculosis in this part of Ireland, and there is no doubt that late dances have largely contributed to it.”

The books quiz: Who adapted his own crime novel for a BBC TV series?
9