The Donegal files: Border villages of Pettigo and Belleek were locations of battles between the IRA and B Specials 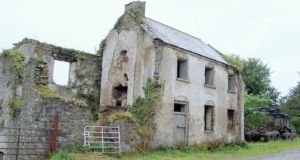 County: Donegael
Incident: Battles between the IRA and the B Specials
Date: May-June 1922

Donegal was a relatively quiet county during the War of Independence on account of its geographical isolation and a large loyalist population.

It was, however, the centre of surreptitious plans by the IRA to destabilise the new Northern Ireland state during the hiatus between the signing of the Anglo-Irish Treaty in December 1921 and the outbreak of the Civil War in June 1922.

In May and June 1922, the border villages of Pettigo and Belleek, which divided Donegal from Fermanagh, were the locations of battles between the IRA and the Ulster Special Constabulary (USC), better known as the B Specials, and the British Army.

Further north, men from the 4th battalion (1 Donegal Brigade, 1 Northern Division) engaged in three weeks of cross-border sniping. In the Brigade Activity Reports, the battalion claimed: “Regular positions were occupied on the Donegal side of the Foyle River. On a number of occasions raids were made into the six counties.

“During the fighting about 12 lorries and motor cars were seized. On the defeat of the Republican forces at Belleek, Co Donegal, orders were given to retire from Lifford to Raphoe. ”

The IRA was forced to retreat after the British brought in heavy artillery.

A short time later, the same men found themselves fighting the Free State army. Three men from the battalion were captured after Free State troops raided their headquarters in Ballymacool House, Letterkenny.

The raid took place on June 29th, 1922, just a day after the Civil War started, when Free State troops shelled the Four Courts.

On the same day, Free State troops also attacked Rockhill House in Letterkenny, which was occupied by anti-Treaty forces – one IRA volunteer Dan Harkin was killed and the rest were forced to leave the house. On July 6th, 1922, two Free State soldiers, Jack Sweeney and driver Charles McGinley, were killed in an ambush by anti-Treaty forces at Drumkeen outside Letterkenny. They were travelling in a touring car. A report in the Brigade Activity Reports said the raid was carried out not by locals but by “strangers from the Six Counties and the south”. In March 1923, four anti-Treaty republicans were executed at Drumboe Castle in Stranorlar.