The End of Europe by James Kirchick review: Heading towards the 1930s? 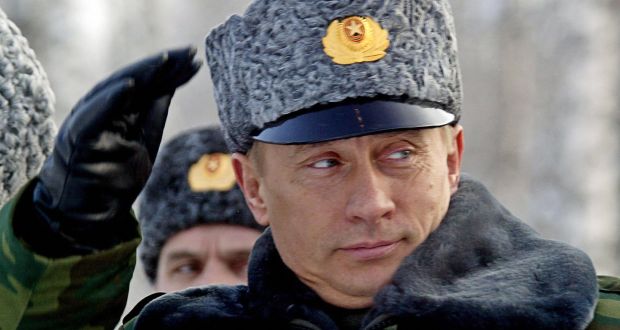 Book Title:
The End of Europe, Dictators, Demagogues and the Coming Dark Age

“Across Europe, as the generation of leaders who struggled to unite a cruelly and unnaturally divided continent leaves the scene, their places have been overtaken by a crop of short-sighted populists . . . Europe’s manifold crises represent a crisis of liberalism. As the memory of World War II, the Holocaust and the gulag fades, so too does antipathy to the illiberal ideologies that spawned Europe’s past horrors.”

So concludes James Kirchick, author of this in many ways brilliant, if occasionally flawed, analysis of the undoubted crisis of confidence sweeping the EU as it struggles to deal with the multiple crises posed by mass migration, Brexit, Russian expansionism and the rise of populism.

Although widely travelled and well-read, Kirchick spent his formative years as a journalist working for Radio Liberty/Radio Free Europe, the Prague-based, US-government-funded propaganda operation which broadcasts in 28 languages to countries (mainly, but not exclusively in Russia and the former Soviet Union) “where the free flow of information is either banned or not fully developed”. (One might well include the UK in the latter category.) Which is not to say his arguments are wrong, or that he is incapable of acknowledging other points of view, but it might help explain his occasionally brash and uncompromising tone in what is otherwise a most interesting and thought-provoking tome.

Despite his eye-catching title, Kirchick claims he is not necessarily prophesying the demise of the EU, “although that is a real possibility”. Rather, he says, we are witnessing the end of the Europe we have perhaps begun to take for granted as a place of peace, prosperity, co-operation, democracy and social harmony. “Europe today is breaking apart,” he writes. “It is increasingly undemocratic, economically stagnant, threatened by extremists of all stripes from the illiberal left to the authoritarian right, and slowly heading down the once unfathomable path to war.”

In some ways, he claims, we seem to be heading towards the 1930s, with the important caveat that, thus far at least, no government is actively promoting racial hatred.

Kirchick makes his case through a detailed examination of recent trends in seven countries: Russia, Hungary, Germany, France, the UK, Greece and Ukraine. First, he documents the reluctance of Nato to face up to growing Russian belligerence under Vladimir Putin, not just in Ukraine but in Georgia and the Baltic states. He dismisses the suggestion that organising Nato up to the very borders of Russia or actively cheerleading the overthrow of the undoubtedly corrupt, but nevertheless elected, Ukrainian regime might, from a Russian perspective, be seen as a provocation. On the contrary, “the enlargement of Nato into Central and Eastern Europe has been one of the few unmitigated successes of American foreign policy as it consolidated democracy and security on a continent once scarred by total war.” All I would say is that the jury is still out on that one.

The second great challenge is the rise of virulent right-wing nationalist regimes such as that in Hungary, which is happy to receive the financial and economic benefits of EU membership while brazenly rejecting European values such as free speech and tolerance of minorities. The contagion, he says, is spreading to its neighbours: Poland, the Czech Republic and Slovakia. To which I would add Romania, in its treatment of the Roma.

Third, there is migration. Kirchick argues that the arrival of millions of political and economic refugees, especially young men, from backward Islamic societies has not only fuelled the rise of right-wing populists, but is seriously challenging the culture of tolerance and liberalism that, until recently at least, lay at the heart of European culture. In particular, he writes, the rise of hate crimes against Jews, of Islamist terrorism and of the abuse of young women – he cites the epidemic of child abuse cases, involving Pakistani Muslims, in parts of the UK – can be attributed to migration from the east. France, he asserts, is rapidly becoming a country where Jews no longer feel safe.

As for the UK, he correctly alleges that it was the failure of elites in all the mainstream parties to acknowledge the impact of immigration that led to the outcome of the Brexit referendum and the rise of Ukip. He is wrong, however, to claim that migration also explains the rise of the so-called hard left under Jeremy Corbyn, whom he, incorrectly, labels a Trotskyite. In fact, much of what he has to say about Corbyn is wrong, which causes me to suspect that he may have cut corners in some of his assertions about other aspects of European politics. For the record, the rise of Corbyn in the British Labour Party is one of the bills coming in for British involvement in the US invasion of Iraq. (I would be curious to know where Kirchick stands on that issue.)

None of this, however, detracts from the author’s central argument that the EU is in a crisis, the like of which we have not seen for decades and which we ignore at our peril. Despite his gloomy analysis, there is, the author suggests, a way forward, which can be roughly summarised as follows: better fiscal and monetary policies to prevent another euro-zone crisis; a common external border and asylum policy to reduce the flow of migrants; a cohesive and robust foreign policy to deal with the perceived threat from Russia; and the imposition of conditions on the payment of EU structural funds in order to rein in wayward members, such as Hungary and Poland.

But the lessons of history are there for those who care to look. “We would be wrong to assume the permanence of European political and economic stability,” Kirchick writes. “It is not the natural state of things. Across the grand sweep of European history, countries and empires disintegrating into smaller governing units or being violently subsumed into larger empires is the norm.” A process, one might add, that could easily be exacerbated by the British and US retreat into isolationism. We can’t say we haven’t been warned.

Chris Mullin is a former minister in the UK foreign office. He has recently published Hinterland: A Memoir