From sean nós to new plays: the best of this week’s culture online

Museums and galleries are open with new exhibitions and shows 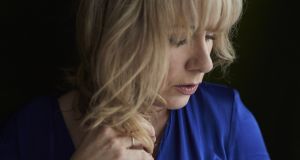 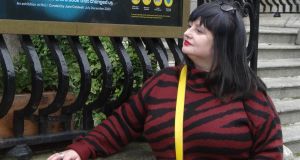 It sounds like an almost-live experience. In what is billed as the first of its kind in Ireland, SEAC Live brings live gigs and Irish artists back to audiences – worldwide, with social distancing. The Séamus Ennis Arts Centre’s (SEAC) usual summer Garden Party series, with Irish and international artists rocking the venue’s dome stage in Naul, north Co Dublin, is on pause this year. In the meantime it is bringing the music to the audiences with high-quality web streaming, for live interactive musical performances through Zoom (while also giving musicians an income).

Partnering with Windmill Lane Recording Studios to stream SEAC Live, the technology aims to put at-home audiences into Studio 1 with the musicians, for concerts of folk, traditional and contemporary Irish music, to be viewed on smart TVs or mobile devices. The studio ensures high quality sound, and the space for multiple cameras to film performances. Viewers can sign up to be projected on to the walls of the studio during the show, for a real audience feel for the band, and allowing chat with performers, requests and a “front row” seat, from all over the world.

This Saturday, July 25th catch Muireann Nic Amhlaoibh, the multi-award winning traditional singer/musician from west Kerry, a soloist as well as lead singer/flute player with Danú. A singer of sean nós, as well as folk and contemporary songs, she’s performing live at 8.20pm with Gerry O’Beirne (six and 12 string, slide guitar and ukulele) and multi-instrumentalist Dónal O’Connor. Tickets €5 at tseac.ie/events

During the past few months Fishamble challenged people in Ireland – and further afield – to write 600-word playlets, and the theatre company now presents a selection of them online on Friday, July 24th. They’re a combination of pieces performed on the O’Reilly Theatre stage and filmed, and multimedia pieces created digitally. Directed by Jim Culleton and filmed by Jeda de Brí, the creative team includes Carl Kennedy (sound), John Gunning (lighting), and Maree Kearns (costume), and the project employed more than 50 arts workers. Any physical interaction between characters is by performers in the same household.

Fishamble artistic director Culleton points out this is the first week theatres can reopen. “We hope this will share how people responded to the pandemic and the restrictions of the past three months, explore some solutions theatre artists have been finding to stage work, and celebrate the very beginning of being back in theatre buildings for live, socially-distanced performances.”

Among the miniature dramas, Grace Lobo writes about the complicated emotional experience of isolating with people you love (performed by Eileen Walsh and Desiree Burch); Patrick O’Laoghaire’s is a poetic play about the relationship between the land, the sea and a bird (Pat Kinevane, Olwen Fouéré and Mary Murray); Lora Hartin’s drama sees two people at a house party make a big decision the night before lockdown (Gill Buckle and Kwaku Fortune); Caitríona Daly has a mother and son (Eleanor Methven and Marty Rea) confront alcoholism while cocooning; Julia Marks writes about female friendships, online shopping, hip hop, and how objects shape our identities (performers Caitriona Ennis, Seána Kerslake, Ella Lily Hyland); Ryan Murphy has a young couple (Clare Monnelly and Aaron Monaghan) deciding whether to have a child in a world threatened by climate crisis; Conor Hanratty writes about an immune-compromised artist (played by Matthew Cavan) coming to terms with lockdown; Ciara Elizabeth Smyth’s play is about an inappropriate incident during a company-wide Zoom call (Denise Gough, Rory Nolan, Clare Barrett); and Eric O’Brien sees father, mother and son deal with death and mourning during the pandemic (John Olohan, Catherine Byrne, Jack Olohan).

In the physical world, museums and galleries have been reopening and continue to do so this week. As part of its phased reopening, on Friday the National Gallery opens Lace, Paint, Hair, a new free exhibition of work by three contemporary Irish artists created during lockdown. There’s handmade lace by Fiona Harrington, oil paintings by Cian McLoughlin and mixed media artworks by Eimear Murphy, all shaped in various ways by ever-changing pandemic circumstances, nationalgallery.ie.

On Monday, the Museum of Literature Ireland (Newman House, St Stephen’s Green) reopened with a new exhibition exploring writer Nuala O’Faolain’s Are You Somebody?, the unexpected memoir, published by New Island in 1996 that lifted the lid on female experience in Ireland. “The publication of Are You Somebody? remains an explosive moment in Irish writing and society,” says MoLI director Simon O’Connor. “Its impact was enormous and continues to be felt today.” Curator and author June Caldwell compiled hours of new face-to-face interviews with authors, academics, friends and family members. Visits are timed, allowing space for the exhibitions, cafe and gardens. Tickets €10, moli.ie.

Live performance are few and far between – literally. Little John Nee has been serenading live audiences online on Thursday nights through lockdown from the Killaloonty Coliseum (aka his garage in Tuam), but his series of unannounced real-world pop-up performances of his piece The Tilt of the Sky – in Donegal villages this week as part of Earagail Arts Festival (and broadcast on Highland Radio) – culminates this Saturday, July 26th with a ticketed outdoor performance at Ruthmullen House, eaf.ie.