William Goldman, screenwriter who insisted ‘Nobody knows anything’ dies at 87 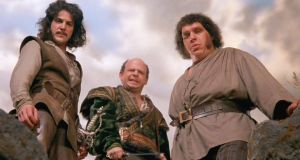 ‘Something in The Princess Bride affects people,” said Goldman 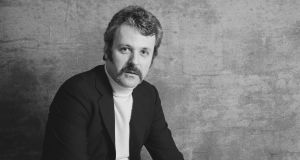 The world is full of “scriptwriting gurus”. Most have never penned a film you’d cross the street to see. William Goldman, who has died in New York at the age of 87, was a notable exception. He wrote a string of durable Hollywood hits that have little in common except his name on the credits.

Butch Cassidy and the Sundance Kid (1969) was a delightful buddy flick that revivified the western when it faced oblivion. All The President’s Men (1976) dared to tackle the most complex chicanes of the Watergate Scandal. Though only a modest success on release, The Princess Bride (1987), a romantic fantasy, has had an even more vigorous afterlife than those two hits.

He was also an emperor among “script doctors”: that obscurely defined, well-rewarded, often-uncredited class of writer who tweaks existing screenplays that feel mysteriously incomplete. Goldman is said to have made essential, ghostly contributions to Twins, A Few Good Men and Indecent Proposal.

He was amused by the rumour he had secretly written Good Will Hunting and that Matt Damon and Ben Affleck, who won the best original screenplay Oscar for that drama, were handsome fronts for his elder genius. “Harvey Weinstein gave me a lot of money for my silence, plus 20 per cent of the gross. Which is why I’m writing this from the Riviera,” he later joked before going on to describe his “total contribution” as “zero”.

William Goldman will, however, be at least as well remembered for his theorising about movies and, specifically, about the art of screenwriting. His 1983 book Adventures in the Screen Trade remains one of the best treatises on postwar Hollywood.

Some of Goldman’s opinions verged on the reactionary. He was no great fan of film schools or of the “auteur theory”. But the book was ruthless, clear-eyed and disciplined. It was also honest about its own Sysphean objectives. After explaining why certain films are hits and others tend to be flops, after talking us through the essential structures of story, he concluded that: “Nobody knows anything.”

That phrase became his mantra. It will, over the next few days, be nominated as a potential epitaph. “Not one person in the entire motion picture field knows for a certainty what’s going to work,” he continued. “Every time out it’s a guess and, if you’re lucky, an educated one.”

Born and raised in Chicago, Goldman was the son of an alcoholic businessman who killed himself when Bill was just 15. As was the case for his generation, he took consolation from popular cinema, but, when he arrived at Oberlin College, Ohio, he ambition was to write fiction.

Following a spell in the army, he completed a Masters at Columbia and embarked on a modestly successful career as a novelist. His 1964 bullet-stopper Boys and Girls Together was a bestseller. No Way to Treat a Lady later became a hit movie with Rod Steiger.

He did bits and bobs in Hollywood during the early 1960s, but it was Butch Cassidy and the Sundance Kid that really made his name. Packed full of sharp one-liners and structured around well-defined characters, the screenplay sold to 20th Century Fox for a record $400,000.

He achieved a degree of fame that was almost unheard of for a movie writer. In Adventures in the Screen Trade he wrote: “In terms of authority, screenwriters rank somewhere between the man who guards the studio gate and the man who runs the studio (this week).”

Goldman won an Academy Award for Butch Cassidy and, seven years later, another for Alan J Pakula’s All the President’s Men. The script for the latter film may be his masterpiece. As always, he sketched character in clear cinematic language: Robert Redford’s Bob Woodward is precise and cautious; Dustin Hoffman’s Carl Bernstein is erratic and impulsive.

The film hits sharp beats (Goldman felt it vital that it end with the reporters making a mistake). But its most remarkable feature is a complexity that few viewers could expect to disentangle on an initial viewing. They were kept interested by the mounting tension and the delicious phrasemaking.

Deep Throat, Woodward’s inside source, never actually said: “Follow the Money.” The phrase appears nowhere in Woodward and Bernstein’s source book. That was all Goldman.

It joins “Nobody knows anything” and “Is it Safe?” – spoken by Laurence Olivier in Goldman’s Marathon Man – in every worthwhile dictionary of quotations.

He continued to publish novels and one, The Princess Bride (1973), a meta-fantasy involving princesses, ogres and eternal love, even managed to sell a few copies.

Rob Reiner eventually filmed Goldman’s own adaptation with Cary Elwes and Robin Wright in 1987, but it didn’t become a proper smash until its arrival on video and DVD. “I’ve gotten more responses on The Princess Bride than on everything else I’ve done put together,” Goldman said. “All kinds of strange outpouring letters. Something in The Princess Bride affects people.”

Goldman was quieter in the millennial years. Which Lie Did I Tell?: More Adventures in the Screen Trade, a 2000 follow-up to his 1983 book, proved a little uncertain on developing trends.

“I don’t make predictions, but if it is not a tremendous success it will mean the world had ended,” he said of the Farrelly brothers’ then imminent, unsatisfactory Me, Myself and Irene.

But the book was rich with pungent asides, and Goldman remained an inspiration to younger writers.

His last credit was for a 2015 Jason Statham romp called Wild Card. Who would have guessed that? Nobody knows anything.