Donald Clarke reviews the high-concept horror flick Unfriended, while Tara Brady takes a look at the latest adaptation of Thomas Hardy's Far from the Madding Crowd. Plus, Donald talks to Peter Coonan and Killian Scott about their comedy Get Up & Go. 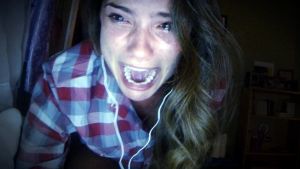 Here is a high concept that is worth doing once and well. This hugely imaginative, genuinely unsettling dissection of current online discontents takes place entirely on the screen of one teenager’s laptop: her messaging programme, Instagram, Facebook, email and browser.

You could view it as a rare imaginative variation on the found-footage genre. It is also, despite inner split-screens and jump-cuts, technically a “single-shot” movie in the vein of Rope or Russian Ark. Most unusually of all, this moral horror is surely the first film ever that will play best on a laptop. This is no reason not to see Unfriended in the cinema.

The story begins in dubious territory by showing us footage of a suicide that resulted from the spread of an embarrassing video shot at a boozy party. Six teenagers come together on Skype to ponder this while attention meanders among other communication programmes on their desktops.

But who is this anonymous user who keeps intruding on their conversation? Is it the dead girl seeking revenge from beyond the grave? Is it merely a spoofer playing a cruel prank? Before too long, the kids are being knocked off in a contemporary version of And Then There Were None.

Surprisingly for a film so in tune with the modern United States – the laptop is in Fresno – the film is directed by a Georgian, Levan Gabriadze, and produced by a Kazakh, Timur Bekmambetov.

Despite both being the wrong side of 40, they have an uncanny grasp of the complicated dynamics of contemporary interaction. Webcams relay one or two properly horrible images, but the most effective shocks come from nagging alerts in the upper corner of the computer’s screen.

Ever eager to exploit the medium, they allow the protagonist’s corrections and deletions to reveal subtexts, fears and unspoken secrets.

Their greatest achievement in this high-end exploitation is to retain a position on the moral high ground while bloody mayhem rages around their feet. Towards the close, the mysterious entity points a virtual finger at all those who shame and are shamed on the internet. “What you have done here will live forever,” he/she/it types chillingly (if such adverbs apply to typing).

For all that, the film-makers – who managed to persuade Skype, Facebook and the rest to allow depiction of the real products – have, in fewer than 90 minutes, probably done as much as there is to be done with this format. Unfriended is a minor horror classic, but we look to the inevitable sequel with some wariness.

The movie quiz: What mighty age is Olivia De Havilland?
9