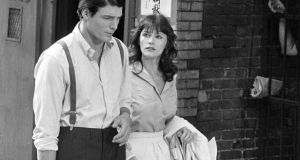 When Margot Kidder died in May, she was remembered as the actor who brought the fictional reporter Lois Lane to life in a series of blockbuster Superman movies in the 1970s and 1980s. Her obituary in The New York Times did not specify a cause of death. But on Wednesday the Park County Coroner’s Office in Montana, where she lived, revealed that the cause was suicide. A statement provided by the coroner to the Associated Press said that Kidder had “died as a result of a self-inflicted drug and alcohol overdose.”

Kidder’s daughter, Maggie McGuane, said she knew that her mother had taken her own life. “It’s a big relief that the truth is out there,” she told the AP. “It’s important to be open and honest so there’s not a cloud of shame in dealing with this.” In the month after Kidder died at age 69 on May 13th in Livingston, Montana, designer Kate Spade and chef Anthony Bourdain took their own lives, prompting widespread conversations about how to prevent what has become a national public health crisis.

In a recent report, the Centres for Disease Control and Prevention found that the suicide rate in the United States was steadily rising. It is now the 10th leading cause of death and one of only three leading causes that are on the rise, the report said.

Kidder was born in Canada and spent decades acting in movies and television shows before and after Superman, including Some Kind of Hero, The L Word and Smallville. She was also a political activist who was arrested in Washington in 2011 at a protest over the proposed Keystone XL pipeline.

And she was known for her work as a mental-wellness advocate, in part because of her own struggles with mental health. A serious car accident in 1990 left Kidder temporarily unable to work, putting her in debt. And after a public breakdown in 1996, she was found to have bipolar disorder. She spoke openly about how she had wandered around Los Angeles for days during that episode, and she said in 2008 that she did not like the words “mental illness”. “They are a stigma and recall times when it was thought those with a disorder were possessed by the devil,” she told the Edmonton Journal.

“I hope someone can come up with new words.” McGuane, who could not immediately be reached for comment Wednesday night, told the AP that she urged people with mental illness to seek help. “It’s a very unique sort of grief and pain,” she said. “Knowing how many families in this state go through this, I wish that I could reach out to each one of them.” – New York Times

How The Simpsons predicted 9/11, Trump and Disney-Fox
4