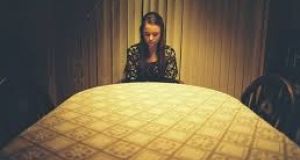 Daniel Kokotajlo’s Apostasy: inside the world of a Jehovah Witness family in Britain

APOSTASY ★★★★★
Directed by Daniel Kokotajlo. Starring Siobhan Finneran, Molly Wright, Robert Emms, Sacha Parkinson, Steve Evets, Bronwyn James 12A cert, limited release, 95 min
The excellent Finneran plays Ivanna, a council employee who has raised two adult daughters within the Jehovah Witnesses. Luisa (Parkinson) is showing signs of deviation from the elders’ strict regulations. Alex (Wright), who has a form of anaemia and feels guilt after inadvertently receiving a transfusion, has learned Urdu to aid her evangelising in that community. What follows is a tense, focused drama that at times takes on the quality of psychological horror. A singular British film. DC

MISSION: IMPOSSIBLE – FALLOUT ★★★
Directed by Christopher McQuarrie. Starring Tom Cruise, Henry Cavill, Rebecca Ferguson, Ving Rhames, Simon Pegg, Angela Bassett, Alec Baldwin, Michelle Monaghan, Sean Harris, Wes Bentley. 12A cert, general release, 147 min
Cruise’s Ethan Hunt tracks down missing plutonium. Fallout fairly froths over with terrific, clattering violence that – staged with as little CGI as possible – makes competing summer flicks such as Skyscraper feel like clouds of generic software. The tile-crunching fight in a Parisian bathroom is better even than the loo bust-up in the opening of Casino Royale. For all that, you couldn’t say it has anything like a plot. And Cruise looks increasingly odd. Full review/trailer DC

HOTEL TRANSYLVANIA 3: A MONSTER VACATION ★★★
Directed by Genndy Tartakovsky. Voices of Adam Sandler, Andy Samberg, Selena Gomez , Kevin James, Fran Drescher, Steve Buscemi, Molly Shannon, David Spade, Mel Brooks. G cert, general release, 97 min
By the time you read this, this third instalment of this monstrously successful trilogy will be tipping the franchise toward the $1 billion mark; not bad for a film where the best joke is: “He’s the mummy but you’re the one in De Nile.” Vampirologists may quibble about Dracula (Sandler) and his daughter (Gomez), crossing water and sunbathing without a care in the world, but the film is, for better or worse, every bit as good as its predecessors. Darker references – the Bermuda Triangle, the Chupacabra, and a cruise ship that looks like the Titanic – are swiftly brushed aside so that all-age shenanigans can resume. Even watched beside various incarnations of the Addams and the Munsters, this remains the most family-friendly and proudly silly of all the monster dynasties. TB

THE INCREDIBLES 2 ★★★★
Directed by Brad Bird. Voices of Craig T Nelson, Holly Hunter, Sarah Vowell, Huck Milner, Samuel L Jackson, Bob Odenkirk, Catherine Keener, Brad Bird, Bill Wise. PG cert, general release, 125 min
Terrific sequel to Pixar’s superhero saga finds Bob Parr, the sometime Mr Incredible, left at home with young Violet (who turns invisible), younger Dash (who moves speedily) and baby Jack-Jack (who does a lot of things). Meanwhile, Helen Parr is drawn into a scheme to rehabilitate the superhero reputation. The animation is glossier than ever. The design is so gorgeous you yearn to wear it home. It is, however, the jokes that really stand out. Excellent family entertainment. Full review/trailer DC