New this week: The Incredibles 2, First Reformed, Lost & Found, The Secret of Marrowbone 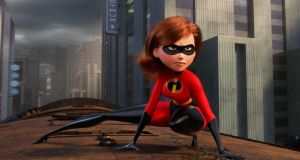 THE INCREDIBLES 2 ★★★★
Directed by Brad Bird. Voices of Craig T Nelson, Holly Hunter, Sarah Vowell, Huck Milner, Samuel L Jackson, Bob Odenkirk, Catherine Keener, Brad Bird, Bill Wise. PG cert, general release, 125 min
Terrific sequel to Pixar’s superhero saga finds Bob Parr, the sometime Mr Incredible, left at home with young Violet (who turns invisible), younger Dash (who moves speedily) and baby Jack-Jack (who does a lot of things). Meanwhile, Helen Parr is drawn into a scheme to rehabilitate the superhero reputation. The animation is glossier than ever. The design is so gorgeous you yearn to wear it home. It is, however, the jokes that really stand out. Excellent family entertainment. Full review/trailer DC

Schrader examined the work of Yasujir Ozu, Robert Bresson and Carl Theodore Dreyer in a 1972 book under the heading Transcendental Style. The meditative First Reformed, Schrader’s 21st film as a director, is as transcendental as anything he has ever made. Reworking the malady of Bresson’s Diary of a Country Priest and the plot of Ingmar Bergman’s Winter Light, First Reformed concerns the Rev Toller (a mournful Hawke) and the widow of an environmental activist (Seyfried). TB

An older man begs for train fare to Dublin. Daniel’s cranky employer Paudge keeps refurbishing his unpopular pub. A marriage proposal at an airport goes hideously wrong. On her deathbed, Daniel’s grandmother recalls the kindertransport, sending him off to Poland for an unlikely treasure hunt. Bridezilla Sile is determined to keep her booking at a wedding venue, even though she no longer has a willing groom. Writer-director O Mochain maintains a whimsical tone throughout. Full review TB

Decent ghost story directed by the writer of The Orphanage. MacKay is strong as the oldest of siblings living without parental care in an apparently haunted house. The film is set in 1969 but, focused largely on a creaking pile with few amenities, the events could be taking place at any time in the past century. That otherness helps add to a weird atmosphere that almost makes up for the unsurprising revelations in the closing stages. DC

How freaky is Hereditary, the “scariest film since The Exorcist”? Imagine if Rosemary’s baby had a child with little Gage from Pet Sematary and it climbed to the top of Jacob’s Ladder and fell down with a grotesque splat. Prepare yourself for a discombobulating study of grief that goes beyond the conventional seven stages to take in another 100,000 or so, ranging between psychiatric meltdown, demonic possession, sporadic pyromania and roaring-crying. A nerve-shredding masterpiece. Full review/trailer TB

Moving documentary on Whitney Houston by the talented film-maker behind Marley and Touching the Void. The talking heads are all shot in clean, pretty light. The film moves smoothly and chronologically through the life. It ends with a belter from the star. New revelations about sexual abuse add some shock value. For all that, Whitney does feel like a very conventional biographical doc. There is barely a whisper on what made Houston’s music so popular. Full review/trailer DC

Idles singer Joe Talbot : ‘Our message is that you’re not alone’
9