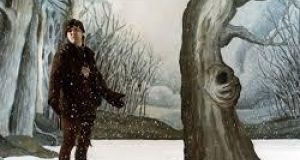 Ingmar does Amadeus: The Magic Flute (1975), on special limited rerelease

THE MAGIC FLUTE ★★★★
Directed by Ingmar Bergman. Starring Josef Köstlinger, Irma Urrila, Håkan Hagegård, Ulrik Cold. Club, limited release, 135 min
One of the great opera films gets buffed up and retooled for a lucky new generation. Shot in 1975 for Swedish TV on a hefty $650,000 budget, The Magic Flute wooed international audiences and scored an Oscar nomination for its lavish costumes. Despite the boxy limitations of a filmed live show, the production showcases Bergman at his most playful and romantic. It’s the most fun you’ll have at an opera this side of Elmer Fudd and Bugs Bunny. TB

The film is here to contradict the myth that Mary Magdalene, first witness of Christ’s resurrection, was a prostitute. That aside, the film-makers’ purpose remains obscure. The picture is peppered with feminist asides, but those philosophies don’t power the narrative as we might expect. Yes, the story is told from Mary’s perspective. Her eyes are, however, always on the Nazarene. Still, it is well cast and nicely shot. Mara is a rooted Mary, Phoenix a charismatic Jesus. DC

Having seen off the mean-spirited elder Mr McGregor (Neill), Peter and his woodland chums fall out with a younger, high-strung McGregor (Gleeson). Cordon’s Peter doesn’t bear much resemblance to Beatrix Potter’s naughty creation. Still, though there are shades of the dreaded Alvin and the Chipmunks, director Will Gluck (Easy A) has a flair for slapstick and comic sadism. Yes, it’s a travesty of the original material, but it’s a passably amusing travesty. Review TB

Winner of the Palme d’Or at Cannes, Östlund’s baggy satire takes on the form of the art gallery within which much of its action takes place. There a great scene involving confrontational performance art. There is a weird moment with a monkey. If you don’t like those then move on to the next exhibit. There is a holding narrative, but we drift away from that story for uncomfortably long stretches. Often spectacular. Occasionally confusing. A welcome oddity. Review DC

Ramsay returns with a searing revenge drama set in a terrifying, heightened version of New York City. Joaquin Phoenix stars as a private operative who spends most of his time rescuing victims of sexual slavery. A US senator hires him to recover his daughter and punish those who put her through hell. The first death triggers a veritable cornucopia of butchery. It is a brash, noisy, violent picture, but it is also a subtle, intricate, thoughtful one. Review/Trailer DC

It is nine years since Thornton’s Samson and Delilah was awarded the Camera d’Or prize at Cannes. Happily, Sweet Country, the best Oz-based neo-western since John Hillcoat’s The Proposition, proves well worth the wait. The film concerns a 1920s-era manhunt for an aboriginal stockman (Morris) who has killed a vicious white veteran in self-defence. Thornton’s direction, cinematography and screenplay could not be more impactful or ochre. The ensemble cast are excellent. And the frontier has seldom looked so forbidding. Review/Trailer TB