Salvatore Giuliano review: a complex portrait of Sicily’s citizens, the Mafia and the government 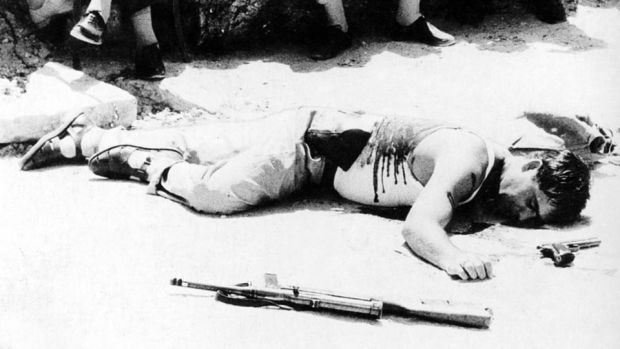 July 5, 1950. Italian and international press descend upon a courtyard where the bullet-riddled corpse of Sicilian bandit Salvatore Giuliano has been discovered. Some say he was an outlaw; others say a partisan.

Francesco Rosi lets viewers do their own detective work. This landmark 1961 film freeze-frames a socio-political moment between lawlessness and a genuine possibility for change.

We rarely see Giuliano, but we track his movements using field radio; we note the curfews imposed in the hope of catching him; we dodge gunfire from a hillside adorned by an American flag; and we follow the troops into his village, where the men are rounded up.

The director’s narration holds together this complex, fragmented portrait of the relationship between Sicily’s citizens, the Mafia, and government officials.

This is what Rosi, who was once described by critic Derek Malcolm as “the heavy conscience of Italian cinema”, does best. A committed Marxist and card-carrying Communist until 1981, Rosi has, since 1952’s Anita Garibaldi biopic Red Shirts, chronicled Italian corruption more powerfully than any other film-maker. Rossi’s depictions of skulduggery helped shape the modern gangster film. His oeuvre’s shadow casts long across Roberto Saviano’s Gomorrah in particular.

Salvatore Giuliano marks a crossroads for Rosi and for Italian cinema. Its neo-realism harks back to classic Italian cinema of the 1950s, but the film equally gestures westward to contemporaneous Jean Luc Godard, southward to The Battle of Algiers and onwards to the carnivalesque of Fellini: a sequence depicting a village of shrieking women as they charge at the authorities would not seem out of place in Amarcord.

Non-professional local actors working in the locations where Giuliano lived just 11 years earlier lend an ethnographic sheen and rawness, not unlike the post-war make-and-do of Rome, Open City.

Rosi, now 91, retired from film after his 1997 adaptation of Primo Levi’s memoir, The Truce. His intellectual rigour is sorely missed.