Review: Director leans too heavily towards sentimental and sensational 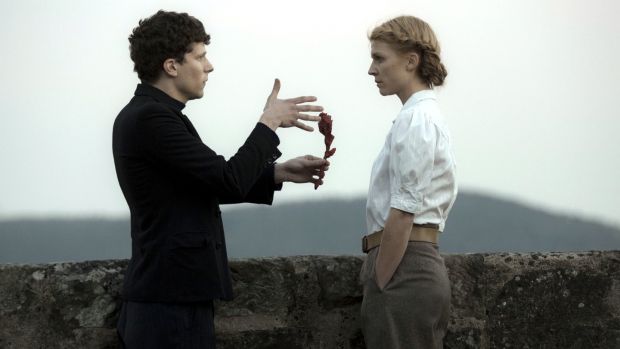 Like a lot of small-minded people radicalised by embarrassing street performers walking into imaginary winds, I know less about the history of mime than I should.

If I had shaken off such bigotries, I might have learnt that Marcel Marceau — who was to the art as Anton Karas was to the zither — worked bravely for the French Resistance during the occupation. He and his colleagues, at great risk to themselves, helped thousands of Jewish children escape across the border to Switzerland.

After the liberation of Paris, the young performer, who spoke good English and German, became a liaison officer to General Patton. There is a hell of a film in that story.

You may have already guessed that this is not that movie. Jonathan Jakubowicz, a Venezuelan director of Jewish descent, leans too heavily towards the sentimental and the sensational. The villains cackle a little too loudly. The story follows too many familiar templates.

But, as an old-fashioned dollop of meat-and-potatoes narrative, it will do well enough until something more grown-up comes along. It is worth watching alone for what it reveals about Marceau’s extraordinary early life.

Speaking of familiar templates, we begin with a variation on The Jazz Singer (or Krusty the Clown’s backstory in The Simpsons). Marcel Mangel’s father is a Jewish butcher rather than a Rabbi, but he harbours the same resistance to his son’s theatrical ambitions.

An early scene sees the boy impersonating Charlie Chaplin in a Strasbourg dive. The older man is all the more outraged as he mistakes the performance for a cheap variation on the Austrian despot plotting genocide across the border. “Look at you, dressed as Hitler and performing in a whorehouse,” he snaps. You know how this goes.

The central role asks a lot of Jesse Eisenberg (for it is he) and, at first, it looks as if the American may not be up to it. Nobody is going to mistake Eisenberg’s makeweight mime for the work of the medium’s greatest genius. His walking into the wind isn’t even up to the standard of David Bowie on the Ziggy Stardust tour.

But it soon becomes apparent that the professional evolution of Marcel Marceau — as he eventually becomes — is just a secondary narrative in a film focused on the Resistance’s brave campaign. The suggestion of a superhero origin story is unwisely amplified when Marcel uses his fire-breathing skills (his superpowers?) against an invading Nazi, but, for the most part, this is an efficient tale of pursuit and evasion.

It begins with foreboding. It ends in great excitement. Matthias Schweighöfer makes an oily psychopath of the notorious Nazi murderer Klaus Barbie. Clémence Poésy is convincingly harried as a young women who sees the worst of the Nazis.

We really needed more than a cameo from Ed Harris as the deranged enigma that is George Patton. Géza Röhrig does good work as the legendary Resistance fighter Georges Loinger (who died in 2018 at 108), even if the actor’s presence offers awkward reminders of his lead turn in the considerably less compromised Son of Saul.

Eisenberg again confirms that nobody from his generation is better at a particular class of distracted schlemiel. Sometimes those characters remain unfulfilled. Sometimes they become determined brawlers like the hero of Resistance. This version of Marceau has an argument worth hearing: saving threatened children is more important than exacting revenge. The counterargument is made with equal vehemence.

Resistance does strain the viewer’s tolerance. The scenes where Marcel cheers up his young charges edge dangerously towards La Vita è Bella territory (though the kids are not yet doomed). Schweighöfer’s most threatening gestures would be at home in an undersea bubble with Commander Bond.

But this was a film worth making and its mere existence does honour to an extraordinary life. We’re better with it than without it.

Available to stream on most providers from June 19th