Here’s one ‘Contempt’ that has stood the test of time: sex bomb Brigitte Bardot and Hollywood hard man Jack Palance star in this 1963 Italian drama about marriage, the movies and selling out 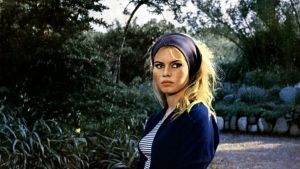 Le Mépris (1963) is arguably the least obviously Godardian of all Jean-Luc Godard’s pictures. It is certainly less experimental and more accessible than its immediate predecessors: Une Femme est une Femme (1961), an anti-musical starring Godard’s then wife, Anna Karina; and the allusion-heavy Les Carabiniers (1962).

The film was made with a nod toward Roberto Rosselini’s Viaggio in Italia and another toward Godard’s producers, Carlo Ponti and Joseph E Levine, whom he had promised something “classical” and commercial. The famous opening sequence, in which Brigitte Bardot seeks reassurances about every part of her body, was added to keep the money men happy: a discussion of Canto XXVI of Dante’s Inferno was more likely Godard’s idea.

Ironically, Le Mépris concerns ongoing bust-ups between a European arthouse director (Fritz Lang, channelling Fritz Lang) and his brash American producer, Jerry Prokosch (Jack Palance), over a remake of The Odyssey. To “fix” Lang’s script, Prokosch hires a screenwriter, Paul (Michel Piccoli), who buys an apartment for his wife, Camille (Bardot), with monies earned. But because he sells out and stands idly by as the American playboy millionaire flirts with her, Camille’s feelings for her husband are diminished.

The production was troubled. Bardot, at the height of her celebrity, brought with her a media circus. Palance begged his agent to get him off the picture. Godard’s own marriage to Karina was dissolving. Only Lang, one of Godard’s idols, was spared the director’s wrath, but he had to depart due to ill health.

It’s impossible not to speculate that these behind-the- scenes aggravations infected Le Mépris entirely to its betterment. The marital strife of its middle section turns squabbling into nerve-wrecking spectacle; snapping and nit-picking has seldom seemed so compelling.

Godard and DOP Raoul Coutard, using CinemaScope for the first time, render the domestic implosion in lush, saturated colours. Even in isolation, George Delerue’s unforgettable score is an remarkable work of art.

More than 50 years have elapsed since Le Mépris enjoyed its theatrical bow, yet its star- studded and diverse fan base – a group that includes Martin Scorsese, Quentin Tarantino and Richard Ayoade – continues to grow.

Poem of the week: Our Statues Go Unwatched by Katie Martin
9