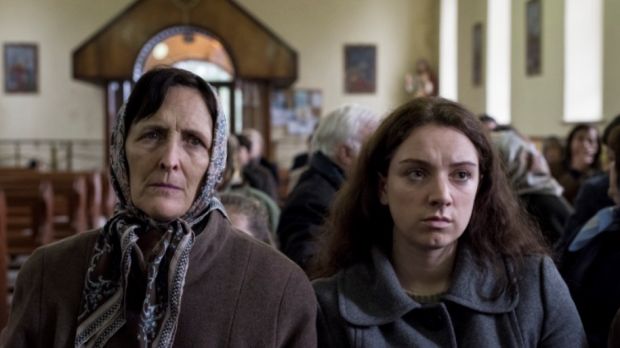 Fiona Shaw and Fionnuala Flaherty in ‘Out of Innocence’

Film Title: Out of Innocence

In April 1984, the body of a newborn was found on a beach near Cahersiveen in Co Kerry. A subsequent criminal investigation focused on Joanne Hayes, a young woman who lived more than 75km away from where the corpse was discovered. Hayes had become pregnant by a married man and was therefore identified as a person of interest. “Confessions” were extracted from her family over several days.

When blood tests revealed the baby found on the beach belonged to a different blood group to Joanne Hayes, the charges were dropped. A public tribunal was set up to investigate the circumstances leading to the charges, as well as allegations of Garda misconduct. Instead, the tribunal focused on Joanne Hayes.

Out of Innocence, a new film by Danny Hiller, attempts to make sense of the events surrounding the Kerry Babies case. It’s not an easy task. Occasionally, there are narrative lapses: there’s simply no way to convey the treatment of the family – even with changed names – without getting into a tricky legal area. Thus, the family matriarch, played by Fiona Shaw, inexplicably nods along to any suggestion, regardless of how ludicrous it might be.

The investigation at the centre of the film has already descended into a Kafkaesque nightmare when blood tests clear Sarah Flynn (as she’s called here) and the police respond with a “heteropaternal superfecundation” theory. The subsequent tribunal is as maddening as it is inappropriate.

Portrait of a Man by Georges Perec: We should have known it would be good