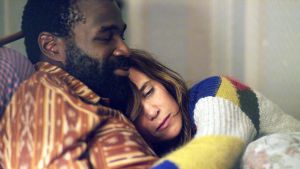 Chilean director Sebastián Silva burst on to the international scene with the caustic 2008 comedy The Maid, a film that hoovered up praise, awards and a Golden Globe nomination.

The prime movers in Nasty Baby are a little too old for their behaviour to be excused as that of bratty millennials. Freddy (Silva) and Mo (TV on the Radio frontman Adebimpe) are a hip Brooklyn-based couple with artsy-crafty jobs.

Mo is a plant-obsessed interior designer; Freddy is working on a piece of performance art that will see him impersonate a baby, an idea hatched from his failed attempts to impregnate his best pal Polly (Wiig). As Freddy’s sperm is not up to the task, Polly enlists Mo, with the casual air of someone who is asking for a bowl of sugar.

As the trio bob and weave through ovulation dates, a leaf-blowing homophobe calling himself The Bishop (The Wire’s Reg E Cathey) lurks nearby. Mean hipster satire soon gives way to even meaner drama, as the characters clash, cajole and bully each other towards a dark-hearted denouement. One can see why the Toronto Film Festival turned this thoroughly nasty film down, although one can equally see how it took home the Teddy from Berlin.

Silva has a way of hooking the viewer into complicity, even if we never feel much more than revulsion for most of his creations. This is the kind of film where Freddy and Polly look at local mixed-race children and note that their mixed-race child will be bang on trend. They’re being ironic. But not really. Nasty indeed.