My Left Foot at 30: Its Oscar success was due to Weinstein

Released in April 1989, it changed everything for Daniel Day-Lewis and Jim Sheridan 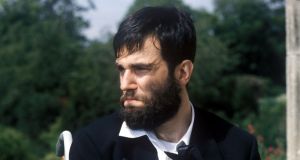 “Dubliners are hugely generous people,” Daniel Day-Lewis said some years ago. “It was a different town then. It’s changing completely. I hope some of the old Dublin remains.”

The distinguished actor, long resident in Ireland, made some contribution to those changes. Thirty years ago, Jim Sheridan’s My Left Foot, the stirring story of the writer and painter Christy Brown, had its premiere in Dublin. Up to that point, Irish films were as rare as Irish aircraft carriers. Day-Lewis, who played Brown so memorably, and Brenda Fricker, moving as his indefatigable mother, both won Academy Awards.