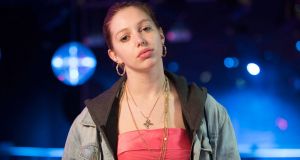 Seána Kerslake is incandescent in A Date For Mad Mary 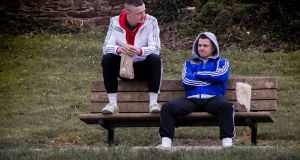 If you craved a sense of occasion on Saturday then the Galway Film Fleadh was the place to be. The organisers of the 28th event pulled off a coup by securing the first public screening of Richie Smyth’s impressive The Siege of Jadotville. Produced by Netflix, the film deals with the Irish battalion, led by Commandant Pat Quinlan, who bravely defended their post against overwhelming forces during the 1961 UN intervention in the Congo.

A disturbance of blue berets eddied about the crowd as veterans arrived to celebrate the launch. They heard news. Leo Quinlan, the commandant’s son, was there to confirm that, over half a century after the events depicted, the Government was to issue a unit citation to the Jadotville defenders.

Smyth’s film stands as a very decent attempt to engineer a post-colonial Zulu. Jamie Dornan adopts a convincing Kerry accent – and an impressive heroic stoicism – as the consistently unshakable Pat Quinlan. The action sequences are well ordered and the political background detailed with great lucidity. If the film has a problem it concerns the shallowness of characterisation among the lower ranks. Further up the diplomatic ladder, we encounter some of the year’s most delightful casting. Please, please promote the film domestically with the tagline: “Mark Strong IS Conor Cruise O’Brien.”

The Fleadh has, over nearly three decades, developed into the place to see new Irish features. The standard has rarely been so high. The closest thing we could find to a trend was a surge in differently toned schools of comedy (much of it quite serious). But all genres were catered for.

Brendan J Byrne’s Bobby Sands: 66 Days is what its title suggests: a rigorous, comprehensive study of the republican hunger strikes that dominated the news in 1981. Utilising insidious animation, a varied sound design and – speaking the words of Bobby Sands – the sweet, unmistakable voice of Martin McCann, the film delivers a cannily balanced take on still-controversial events. Tim Pat Coogan does what he does. This newspaper’s Fintan O’Toole is very good on the way the hunger strikes allowed the IRA to drape themselves in the heroic mantle. What a shame that the film included barely a single female voice among the talking heads. How did that happen?

Niall McCann’s Lost in France takes a very different journey through time. A study of the Scottish record label Chemikal Underground, this beautifully shot, loose-limbed film finds many opportunities to blast the elegant post-rock of Mogwai through blameless speakers. Alex Kapranos of Franz Ferdinand (not a Chemikal band) added Guardianista celebrity on the nostalgic journey to France. There is less of Arab Strap than expected. Rockist tendencies are not suppressed. Fans of Caledonian introspection will get what they want.

We will say less about Ken Wardop’s Mom & Me – a study of Oklahoman men and their mothers – as that film opens on Friday, but fans of Wardrop’s His & Hers will be happy to hear that he remains on form.

Limited budgets often lead producers towards chamber pieces. Liam Gavin’s A Dark Song, a Welsh-Irish horror film, spends most of its time with just two characters. Catherine Walker plays a misguided young woman who hires burly Steve Oram – so good in Ben Wheatley’s Sightseers – to summon up spirits in an isolated mansion. The opening two thirds, featuring much bickering, strains just a little to fill its time, but the agreeably bizarre ending – more HP Lovecraft than MR James – makes it all worthwhile. An interesting shocker.

Simon Dixon’s Tiger Raid, another opened-out chamber piece, had much to recommend it, but ended up choking on its own misanthropy. Adapted from Mick Donnellan’s play Radio Luxembourg, originally set in Ireland, the film features Damien Molony and Brian Gleeson as two mercenaries who kidnap a Muslim woman in a middle-eastern country. Both actors chew the lines forcefully. The claustrophobic camerawork builds tension nicely. But the waves of second generation Martin McDonagh – and thus third-generation Quentin Tarantino – ultimately become a bit suffocating. Is the characters’ misogyny a joke in itself? If so it wears thin before the close.

More successful, if equally gruelling, is Ciaran Creagh’s In View. This sombre film stars Caoilfhionn Dunne as a Dublin cop fighting to overcome a terrible past: her baby died and her husband, troubled by her brief infidelity, killed himself. Dunne is terrific. The supporting cast are strong. Rare moments of the blackest humour are appreciated: when suicidal, the protagonist test-drives a coffin in the local mortuary. But Creagh has taken risks with an unrelentingly pessimistic tone and a jarring ending. Those gambles just about come off, but this remains a tough watch.

We said high-class comedy is the defining characteristic of this year’s Fleadh. But much of the humour emerges from sadness. No, not Paul Foott’s The Young Offenders. Foott, who has been making fine shorts for years, strikes the comedy mother lode with this hilarious tale of two useless Cork hooligans cycling westwards in search of washed-up cocaine.

Chris Walley and Alex Murphy are brilliant as track-suited layabouts who, though lazy, impulsive and ignorant, remain endlessly lovable throughout. “That’s a suckerfish,” one of the lad’s mothers, a fishmonger, remarks. “That’s your nickname in prison. Ha! Ha!” Only the misguided casting of PJ Gallagher as a disabled antagonist – the gag isn’t funny enough to counteract the potential offence – lets down an antic delight that could take serious coin in the domestic market. I pray this comic partnership, the Hope and Crosby of bike thieves, will come together again and often.

Altogether gentler is Tom Ryan’s lovely, low-key Twice Shy. The film begins with a polite young man (Shane Murray-Corcoran) picking up somebody who seems to be his girlfriend (Iseult Casey) and driving her towards the airport. We flashback to trace the roots of their relationship – beginning at a debs night in Tipperary – and soon deduce that the girl is travelling to London for an abortion.

We could pull on our big serious hat and argue that this is one sort of film, among many, that we should be making about abortion. It sensitively folds the issue about a comic drama in a way that suggests the event will not seriously dominate the heroine’s later life. But the abortion is just one plot point in a beautifully constructed indie that points towards such US models as (500) Days of Summer. Both the younger generation of actors (confident Casey, shy Murray-Corcoran) and their middle-aged seniors (delightful parent work from Pat Shortt and Ardal O’Hanlon) deliver pitch-perfect turns. Every character is charming apart from some Dublin git (quite right). We recommend Twice Shy to ambitious distributors.

The most celebrated of the new Irish releases at this year’s Fleadh is, surely, Darren Thornton’s triumphant A Date for Mad Mary. Making its domestic premiere after riding waves of praise at the Karlovy Vary festival in the Czech Republic, the film proves to be a contemporary character study of some genius. Can we say “incandescent”? Oh let’s.

Seána Kerslake is incandescent as the title character: a permanently angry, but inherently decent, Drogheda girl recently released from Mountjoy. Thornton has adapted Yasmine Akram’s play 10 Dates with Mad Mary with a fluidity that conceals any theatrical origins. Charleigh Bailey is angular as the old friend who, on the eve of her wedding, fights to retain a connection with Mary. Cinematographer Ole Bratt Birkeland warms up a city whose gaiety is rarely celebrated.

What remains most strongly in the mind, however, is Kerslake’s turn as a woman struggling to find a way round her own dangerous impetuousness.

At the awards on Sunday night, A Date for Mad Mary shared best Irish Film with The Young Offenders. It’s an ideal result. Two complementary entertainments – one invigoratingly unhinged; the other firmly rooted – reveal the breadth of domestic talent. Harmony swims out from the Corrib.