Some clergy tarred by scandals, actor says as he promotes ‘Cavalry’ at Berlin Film Festival 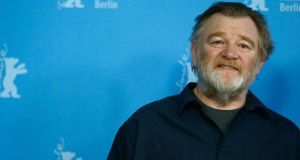 Actor Brendan Gleeson has dedicated his new movie role to Ireland’s good priests, the ones he said have been overlooked or even tarred by recent clerical abuse scandals.

Mr Gleeson, promoting ‘Calvary’ at the Berlin Film Festival, said he was motivated by the memory of a “particularly good Christian Brother in primary school ... Brother Pat Grogan, a beautiful man”.

“I think there have been a few false accusations of paedophilia, life-wrecking allegations, against good men amongst all the proper exposure of bad men,” said Mr Gleeson in Berlin yesterday. “Imagine being a good person who has given their life to doing good things, finding themselves wearing a uniform that has been besmirched. It must be horrible for anyone who commits to good to be reviled for doing so.”

‘Calvary’ tells the story of a middle-aged Irish man who becomes a priest in a hostile environment, a role Gleeson said was “the most pressurised” he’d ever experienced,

His second collaboration with John Michael McDonagh had its origins in a pub conversation in Galway when they were finishing their first, ‘The Guard’. Mr McDonagh said his film was not a diatribe against Ireland but addressed universal issues of disillusionment and faith, structured around the five stages of grief. After years of clerical abuse revelations, he said Ireland was “probably still in the anger stage”.

“I don’t think they have reached acceptance and they probably shouldn’t,” he said.

Mr McDonagh has begun work with Gleeson on a third film about a paraplegic former policeman who reluctantly agrees to solve the murder of a friend.

“I call this the glorified suicide trilogy,” he said