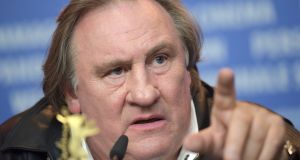 Gérard Depardieu is being investigated by the Paris prosecutor over accusations of rape and sexual assault, a judicial source said – though the French actor denied any wrongdoing, his lawyer said.

“I can confirm a complaint was registered on August 27th in the jurisdiction of the Aix-en-Provence prosecutor. The case was passed on to the Paris prosecutor,” the source said.

A lawyer for Depardieu dismissed the accusations.

“Gérard Depardieu denies any wrongdoing. He will co-operate in the investigation and will answer questions,” Hervé Temime told BFM television.

One of France’s most prolific actors, Depardieu has taken part in about 170 movies in his career and gained international recognition in 1990 after starring in English-language comedy Green Card. – Reuters