Filming Dolours Price: ‘Her name is Latin for sorrow. That describes her life’

Journalist Ed Moloney on his interview with the compelling, acidic late IRA woman 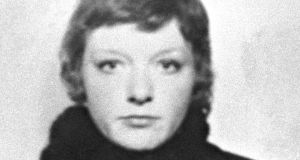 Former IRA member Dolours Price, who was convicted of the 1973 bombing of the Old Bailey and sentenced to life imprisonment. Photograph: PA

“I think the relationship that a journalist has with his sources is a unique one,” Ed Moloney says. “It falls outside the category of friendship. It is closer to being responsible for someone.”

Moloney’s responsibility for Dolours Price, the late IRA volunteer jailed for bombing offences in 1974, has, after endless convolutions, taken him to the Galway Film Fleadh. A journalist for over 40 years, he is best known for brave coverage of the Troubles. His 2002 book A Secret History of the IRA told us things we didn’t know about Gerry Adams. His book on Ian Paisley came at the conflict from the opposite direction.

Maurice Sweeney’s excellent I, Dolours, which had its Irish premiere at the Fleadh, offers more startling insights into the conflict. The film, structured around an interview that Moloney carried out with Price before her death in 2013, tells us about her family’s history in the republican movement, her own experiences in the civil rights campaigns, her conversion to the armed struggle and her arrest during the IRA’s English campaigns. But the most shocking revelations concern her involvement with the so-called “disappeared”: the people abducted, murdered and secretly buried by the IRA.

Price could hardly be a better subject. Fiercely articulate and possessed of an acidic sense of humour, she talks through her story with enormous precision and discipline

“She was threatening to go public with everything,” MoIoney says. “That would have caused enormous damage to herself, to her family, to all sorts of people.”

Price was a source for The Secret History of the IRA and Moloney had an extensive understanding of just how many windows were about to be rattled. She could talk to Gerry Adams’s early days. She could spill details on the abduction of Belfast woman Jean McConville in 1972.

“I felt I had a duty of care for her,” Moloney says. “I went to her and said: ‘Dolours, you can’t do this. But if you want to ensure that your story gets out, then fine, we’ll sit down and we’ll do it. We’ll tape-record it. And then when you are dead – presuming I am still alive – I will fulfil a promise to make sure the film gets made.’ ”

Price could hardly be a better subject. Fiercely articulate and possessed of an acidic sense of humour, she talks through her story with enormous precision and discipline. She remembers caring for an aunt who was blinded and lost both hands following an accident with IRA explosives. Initially, unlike her father and that aunt, she believed in peaceful change, but her experiences at the Burntollet Bridge incident in 1969 – when security forces allowed loyalist protesters to brutally attack a civil rights march – altered her attitude forever.

“After that, they felt Northern Ireland was beyond reform,” Moloney says. “After that she came to view her father’s view as correct. For many others the path was then a straightforward one into the arms of the IRA. Many more followed after internment came in.”

Moloney has some memory of that period himself. Raised in England by a Scottish mother and a father from the west of Ireland, he returned in 1966 to study at Queen’s University Belfast. He took part in civil rights events but was unable to attend the People’s Democracy march that ended up at Burntollet.

“I then went to Libya to teach English,” he says. “I made a bit of money and paid off some debts. I came back and decided I wanted to be a journalist. I started in the old Hibernia magazine. But it was Vincent Browne who gave me my first break with Magill magazine.”

Moloney went on to become Northern editor of The Irish Times and then the Sunday Tribune. They were tough times to be reporting in Northern Ireland. But that’s where the news was. On a patch of land that small, the correspondents were never too far from somebody who was violently unhappy with recent news copy. Moloney has written plenty that the IRA would have preferred to remain unwritten.

“Well, they are much too clever and sophisticated to do anything nasty to me,” he says wryly. “But some of their followers, the Saturday-night heroes, have come close to doing something to me. I’d rather not go into too much detail. Once or twice before I left Belfast, it got a bit hairy. But the Provos are too sensible to offer or follow up any threats. What you get is hostility, lack of co-operation and a lot of backhand gossip to other people, particularly journalists.”

Not every rival journalist appreciated the truths Moloney has told about Adams. There are more of those in I, Dolours. Price, who punctuates her commentary with icy disdain, was sceptical about the “peace process” and does nothing to support the absurd legend that Adams was never in the IRA. I wonder what Moloney thinks about this party line? Have the Provos talked themselves into believing it’s true?

“I don’t think it’s something they thought through when it happened,” he says. “I was there in the North when Adams first issued this denial that he was in the IRA. It was when Sinn Féin first went political. It falls into the category of ‘It seemed like a good idea at the time.’ Denying he was in the IRA in 1982 seemed like a clever trick that would wrong-foot the British, who were hoping to get an admission.”

And then they were stuck with it?

“They couldn’t go back on it. They were stuck with it,” he agrees. “There was no way they could forecast that in 20 years’ time he might be a candidate for Phoenix Park or something.”

Price is chilling about the process by which suspected informers such as McConville were removed from their homes, driven to a beach in the Republic and murdered in cold blood.

“She was one of several … who confirmed the existence of ‘the unknowns’ and their role in helping to ‘disappear’ people,” Moloney says.

In a section that is as troubling as it is confusing, she admits that such operations were war crimes and then argues the victims should have been killed in the street and left there as a warning. That’s not a war crime?

“The distinction would be hard for a lot of people to grasp because the person ends up dead either way,” Moloney says. “But there is an added torment with ‘disappearing’ people … The ones that have been found were only admitted very late in the day and very reluctantly. It was bad enough they were killed. Their relatives were not told what had happened to them or where their bodies were.”

Moloney, who now lives in the United States, glimpsed every dark corner of the war in Northern Ireland, but he seems to have remained impressively dispassionate throughout. His book on Paisley – the first edition co-written with Andy Pollak – now feels like the definitive text on that late demagogue. Everybody in Northern Ireland has met somebody – either Catholic or Protestant – who sat next to Paisley on a flight and found him “surprisingly charming”. He seemed to have a knack for disarming the potentially resistant.

“You know, I knew that about him and for that reason I made a decision to not get very close to him,” Moloney says. “If you were going to cover this man objectively and honestly, you had to keep a distance. Because he was charm personified. I saw so many journalists falling for that. And their views were swayed.”

It hardly needs to be said that the charm only emerged in certain environments.

“Trump reminds me very much of Paisley,” Moloney says. “The veiled threats that Trump makes at his rallies. You’d get that and you’d get these angry stares directed at you.”

Moloney’s wife is from New York, and various concerns eventually propelled him across the Atlantic. He felt it would have been awkward to remain in Ireland after The Secret History of the IRA came out. There were “family issues”. And, as he explains slightly guiltily, he didn’t feel keen on covering Northern Ireland after the Troubles.

“I didn’t think I could move seamlessly. Though the story has pursued me,” he says.

It has indeed. He worked on the controversial Boston College tapes – to which Price contributed – that sought to compile an oral history of the Troubles. He returned to Dolours and, following her death, set to work on this extraordinary film.

Whatever one’s feeling about the Troubles, hers remains a sad story. She was married to the actor Stephen Rea from 1983 until 2003, but died in 2013 after taking a toxic combination of sedatives and anti-depressant medications. She had been on hunger strike in prison and had subsequently dealt with anorexia nervosa.

“Her name ‘Dolours’ is Latin for ‘sorrow’ and that describes her life,” Moloney says. “It is almost as if she was predestined to end in this way.”

The Golden Age review: A tough, intelligent story of displacement
7

Why we need to eat, sleep and live like cavemen
8