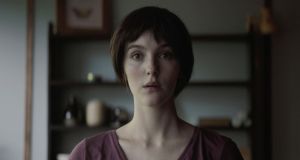 That documentary will be part of a celebration of women film-makers in a “defining year in the gender-parity timeline”, according to Gráinne Humphreys, the director of the festival, which runs from February 26th until March 8th, with screenings of more than 110 films, documentaries, short films and archive programmes.

Kaufman, the screenwriter, producer and director whose credits include Being John Malkovich and Eternal Sunshine of the Spotless Mind, will talk about his creative process in a public interview with Mark O’Halloran.

The festival’s closing gala will be Herself, the woman-led drama made by Phyllida Lloyd – director of Mamma Mia! and The Iron Lady – in which Clare Dunne plays a mother who looks to build her life from scratch in order to provide a happy home for her two young daughters, away from a possessive ex-partner. The cast also features Harriet Walter, Conleth Hill and Ian Lloyd Anderson.

The programme also includes the premiere of Rose Plays Julie, directed by Joe Lawlor and Christine Molloy. Starring Orla Brady, Ann Skelly and Aidan Gillen, it is billed as an intense story of revenge centring on a young woman searching for her biological mother in a journey that leads her to devastating, dangerous revelations.

Also getting its Irish premiere, Sea Fever, a thriller made by the Bafta-winning writer and director Neasa Hardiman, features a marine-biology student who finds herself isolated from her superstitious trawler crew as they struggle to overcome a deadly parasite in their water supply.

Early-bird passes and tickets for highlight events are available from the festival website. The full programme will be announced in January.

Beyond Netflix: where to find Golden Age classic movies
8

The Strokes: ‘There was conflict, fear, and we got through it and made records’
10