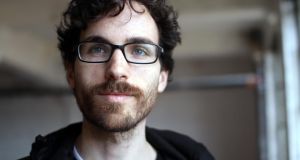 Donal Foreman: “I wanted it to be a collaboration with the city and that moment and with the actors. Too many Irish filmmakers say ‘I want to make a universal story, it could be set anywhere’. That was something I didn’t want to do” 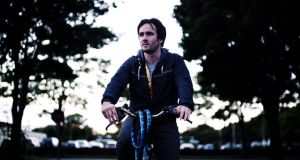 Street-wise: Daniel Bergin in Out of Here

Lenny Abrahamson has the smarts and Shimmy Marcus has the moves, but the hottest ticket in Irish cinema now is Donal Foreman. When his debut feature Out of Here played at the Jameson Dublin International Film Festival last February, it won over critics and studio folks, equally.

A jury from the Dublin Film Critics Circle presented Foreman with the Michael Dwyer Discovery Award; Universal Pictures and Screen International handed down the Cine Talent Award. These plaudits came as little surprise to long-term industry watchers who have been keeping an eye on Foreman since 2003, when he took home the Ireland’s Young Filmmaker of the Year gong from the Fresh Film Festival.

At 29, he has been doing this for quite some time.

“I always wanted to be an artist of some kind,” says Foreman. “I remember when I was very little I kept saying I want to be an artist or an architect, even though I didn’t really know what that was. I used to draw a lot.

“About 10, I just painted non- stop and created a whole universe in comic books. Film-making emerged naturally hanging out with my friends. My friend Danny McMahon was the star of most of those early films. His dad had a video camera. So when I was 11, I gave up all other art forms and focused on that.”

Be careful with Tarantino

He immediately started paying attention to how films were made. In common with many from his generation, Quentin Tarantino was the first auteur to really capture the imagination. From Tarantino, he researched his way through Martin Scorsese’s back catalogue. From Scorsese, he found his way toward John Cassavetes.

“I should be careful about mentioning Tarantino,” smiles Foreman. “I started to become aware of direction watching his work. He makes really strong choices in terms of camera placement and visual design. But because I had said that in an interview somewhere, the notes for Out of Here in the programme for the Film Festival Mannheim-Heidelberg say ‘Tarantino is a major influence of the work’.”

Out of Here may be visually arresting but any resemblances or comparisons to Tarantino end there. A moving drama about a returning immigrant, Foreman’s first feature expresses the melancholy and disappointment that comes with growing up against the Tiger years. “I’m sick of walking around this place and being reminded of shit that is over,” announces Ciarán (What Richard Did’s Fionn Walton), the alienated young hero.

“I didn’t want it to be a big statement,” the director says. “I wanted it to be a collaboration with the city and that moment and with the actors. Too many Irish film-makers say ‘I want to make a universal story, it could be set anywhere’. That was something I didn’t want to do.

“Hopefully it’s relatable for people who come from elsewhere, but I always wanted to make something specific, something tied to a specific place and the feel of that place.”

The beginning of Here

He first conceived of the project in 2007 while at IADT. Back then, its hero felt ill at ease around the manic energy of the boom years. In 2010, having honed his visual style through a series of much-admired short films, he revisited the project.

He couldn’t attract a major investor or production company, so Out of Here’s €25,000 production budget was crowd-funded.

“A lot of the criticisms I heard were about the character. The narrative ‘didn’t have enough of a goal or a resolution or tension’ or ‘can we see his travels abroad?’ so it could be a co-production. ‘Can we make sure the character is more likeable?’ ‘Can we have more plot?’”

Out of Here finally arrived at Mark O’Connor’s Stalker Films through its producer Emmet Fleming. Foreman’s social conscience seems to fit with O’Connor’s Dogme95-style manifesto, but any philosophical overlap, he says, is purely accidental.

“I loved the gesture of the manifesto,” Foreman says, “but it didn’t really resonate with me. I think movements have to happen organically. I think I actually feel more affinity with the Irish First Wave than a lot of recent Irish films.”

Foreman was raised in Dublin’s North Strand by his mother, a social worker. He had little contact with his father, the documentarian Arthur MacCaig, while growing up, but he did know various film-makers. Johnny Gogan allowed him to hang out in the editing suite while the director was cutting Mapmaker (1999).

Vivienne Dick, the feminist film-maker, was one of his mother’s friends and the young Foreman saw all of her experimental films while he was still “quite young”.

His childhood chum Benji Gogan is the nephew of Film Base founder Jane Gogan. “Everyone we knew was a social worker or a film-maker,” he says, laughing.

Out of Here and several earlier Foreman shorts seem to marry both professions, right?

“My friend, the experimental film-maker Max Le Cain, says the same thing. I make films like a social worker.

“I definitely would have been interested in doing what mum does if I wasn’t making films, although film-making is definitely a more selfish profession.”

Foreman recalls being a shy, introverted kid, whose new hobby allowed him to socialise and collaborate in “a really creative way”. That philosophy continues to define his film-making.

Out of Here, this country’s first cinematic grapple with the post-boom wave of immigration, is defined by naturalistic dialogue and achingly recognisable characters. Working from a 30-page treatment, Foreman’s screenplay was crafted through rehearsals and workshops.

“In general I think of my filmmaking as execution-dependent. I have my ideas and intentions. The film is a dialogue between intentions and the cast and the weather and everything else.”

Ironically, Foreman has moved to Brooklyn since completing the film. He says he misses the seagulls.