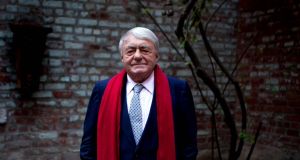 Claude Lanzmann, the journalist and film director whose obsession with the Nazi genocide brought forth Shoah, a groundbreaking film that relived the annihilation of Jews through the memories of witnesses, died Thursday in Paris. He was 92.

His publisher, Gallimard, confirmed his death, at the Saint-Antoine Hospital. Lanzmann, a son of assimilated French Jews, took everything at full tilt. At 18, he led a communist youth Resistance group, risking his life by smuggling small arms under the eyes of the Gestapo in Clermont-Ferrand, in central France. He became a figure of the intellectual Left, a protgégé of Jean-Paul Sartre, the lover of Simone de Beauvoir for nine years, and a colleague of them both at the cultural review Les Temps Modernes, where he was editor-in-chief for many years.

With Shoah, Hebrew for catastrophe, Lanzmann upstaged everything he had done before. From its release in 1985, the film was internationally recognised as both an important historical record and an original, even beautiful, work of art, a 9 1/2-hour movie without a single frame of the by-then familiar footage of the gas chambers or the living skeletons that Allied forces discovered in the Germans’ death camps.

Instead, Lanzmann tracked down and interviewed living witnesses: officers and bureaucrats who had run the camps; Jewish survivors, including veterans of the 1943 uprising in the Warsaw ghetto; and Polish townspeople in Treblinka, Chelmno and Oswiecim, where the Auschwitz camp was located.

A relentless interviewer, he used whatever it took, filming surreptitiously, posing as a French historian trying “to set the record straight”, to pry astonishing stories out of his subjects. Franz Suchomel, a former SS functionary at Treblinka who had been convicted of war crimes and spent six years in prison, told Lanzmann (in confidence, or so he thought) that it was not true, as some Jews claimed, that 18,000 a day were gassed at Treblinka. It was 12,000 to 15,000, he said, and noted with some little pride that when things were going well, the operation would take about two hours, from the arrival of a trainload of Jews until their incineration in the ovens.

Shoah - ‘a fiction of the real’

In the film’s opening segment, Simon Srebnik, who as a teenager was one of only two or three Jews to survive the final mass execution at Chelmno, comes back from Israel as a middle-age man and is given a warm homecoming by a group of Polish villagers. They are standing on the steps of a Roman Catholic church where Jews had been held before being hauled away. “In the middle of this company of well-wishers,” Vincent Canby wrote in his review of the film in the New York Times, “Mr Srebnick looks like someone who’s won a Lotto prize he doesn’t want, and doesn’t comprehend.”

Shoah was never intended as a straightforward documentary or oral history, but rather what Lanzmann called “a fiction of the real.” It was consciously artful, he said, so as to “make the unbearable bearable.” Thus, the film sometimes retraces scenes from the past with original participants as “actors.” It frequently breaks away from the face of a witness to scan a peaceful Polish countryside, where the horrors being spoken of once took place. Much of the impact of these devices was realised in the five years Lanzmann spent editing his footage. Before that, he had spent seven years shooting, partly because he was four years into the project when, on his first visit to Treblinka, he encountered things “that forced me to start again from scratch.”

In his autobiography, The Patagonian Hare, made available in English translation in 2012, Lanzmann wrote: “I had not wanted to come to Poland, I arrived full of arrogance, and convinced I was coming only to confirm that I had not needed to come.” But at the Treblinka train station, “the shift from myth to reality took place in a blinding flash, the encounter between a name and a place wiped out everything I had learned.”

That very day he began working in a sustained fever of urgency, questioning townspeople about their memories of the death-camp years and gathering minute details about the arrival and unloading of boxcars crammed with doomed souls and the ever-present stench of charred flesh and of corpses rotting in mass graves. He realised at last that the true subject of his film: “Death itself.”

Lanzmann was a man of strong convictions. He rejected the word “Holocaust”, literally, “burnt offering” as a description of the genocide. He railed against its “commodification” in films like Schindler’s List. He believed that Polish anti-Semitism was an “essential condition” of the genocide; indeed, the lack of anything in Shoah that would cast Poles in a better light led the Warsaw government to demand that the film be banned after its premiere in Paris.

Shoah was Lanzmann’s second film, after Why Israel (1973). He continued to make important films right up until his death, taken from the vast trove of unused outtakes from Shoah. Le Rapport Karski (2010) chronicled the vain efforts of Polish Resistance hero Jan Karski, whom Lanzmann had interviewed at length, to warn the Allies about what was happening to the Jews of Europe. Characteristically for Lanzmann, the film was intended as a furious response to a young French novelist who had dared, in the filmmaker’s view, to appropriate the heroic figure of Karski.

Le Dernier des Injustes (The Last of the Unjust) was a devastating 2013 film about betrayal, complicity and survival centered on the figure of Rabbi Benjamin Murmelstein, who had been on the governing body at the Germans’ “show-camp” of Theresienstadt. This year, Lanzmann released Shoah: Les Quatre Soeurs in France, the powerful testimony of four women who survived the Holocaust.

Lanzmann was a dominating, outspoken and cantankerous figure in French intellectual and public life. He was a leftist who counselled dying Socialist president François Mitterrand, and a critic of colonialism who also defended Israel. A man of boundless, Balzac-like appetites, he was a “filmmaker who made a novel out of his life,” as a headline in the newspaper Le Monde put it Thursday.

But to a rare degree for any artist, Lanzmann’s reputation and perhaps his raison d’être rest on a singular achievement: the film that consumed him for 12 years in his middle age. It was as if a respected but little-known court composer had made a Beethoven symphony.

Shoah has been shown more or less continuously in European countries and was broadcast in Turkey in January 2012, its first public showing in a Muslim-majority country. Lanzmann feared that the film had “disappeared from the American scene” after its serialisation on public television in 1987, however, and he welcomed its re-release in the United States in 2010. He was visiting New York at the time, 85-years-old and impatient as ever with efforts to “explain” the Holocaust or make uplifting entertainment from it. “To ask why the Jews have been killed,” he said in an interview with the Times, “is a question that shows immediately its own obscenity.”–New York Times