By the Grace of God: A sense of quiet devastation

Review: The film tells of a sexual predator priest and the cardinal who protected him 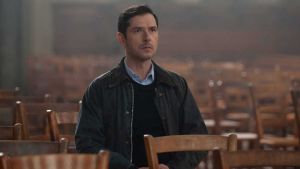 Film Title: By the Grace of God

Nobody was too surprised when the prolific, versatile François Ozon went from the elegant between-the-wars melodrama Frantz to the wild psychosexual twincest fanatasia of L’Amant Double. But By the Grace of God is a very different kind of film for the director of Sitcom and Eight Women.

The film, which concerns a sexual predator priest and the cardinal who protected him, remains a breaking story in France: more than 70 victims of Lyon-based Fr Bernard Preynat have emerged since the 1990s. In 2016, Preynat was indicted and defrocked; he will face trial in 2020.

Earlier this year, Cardinal Philippe Barbarin, his superior, was sentenced to six months in prison for failing to alert authorities.

Last March, Preynat and other church figures tried and failed to block the film’s release in France, where it went on to sell more than a million tickets. That sense of being ripped from the headlines is incorporated into Ozon’s pacy, urgent, meticulously researched drama.

Grace forms a dramatic triptych beginning with Alexandre Guérin (played beautifully, with palpable vulnerability, by Melvil Poupaud), a respectable Lyon family man and devout Catholic who discovers that Preynat, the priest he believed was defrocked for sexually abusing him as a child, is still teaching children in Lyon.

Traumatised, he goes to church authorities, who send him, unwittingly, in a hugely powerful scene, to pray for healing together with his former abuser.

Like Spotlight, By the Grace of God shares DNA with a police procedural. The film’s primary focus, however, is the survivors and the unevenly corrosive effects of post-traumatic stress.

Working with Laure Gardette, Manuel Dacosse, a director of photography best known for the surreal spectacles of The Strange Colour of Your Body’s Tears and Let the Corpses Tan, shoots in a clean, unfussy fashion. The performances are excellent, and Ozon maintains a perfect balance between the galloping investigation and a sense of quiet devastation.

Want to get a video message from your favourite celebrity?
6