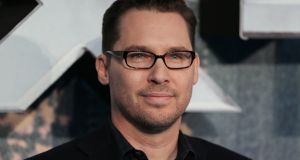 Bohemian Rhapsody director Bryan Singer has described an article in the Atlantic containing allegations of sexual misconduct against him by four men as “vendetta journalism” and a “homophobic smear piece”.

In a statement released to Deadline, Singer said: “The last time I posted about this subject, Esquire magazine was preparing to publish an article written by a homophobic journalist who has a bizarre obsession with me dating back to 1997. After careful fact-checking and, in consideration of the lack of credible sources, Esquire chose not to publish this piece of vendetta journalism.

“That didn’t stop this writer from selling it to The Atlantic,” he added. “It’s sad that The Atlantic would stoop to this low standard of journalistic integrity. Again, I am forced to reiterate that this story rehashes claims from bogus lawsuits ... And it is no surprise that, with Bohemian Rhapsody being an award-winning hit, this homophobic smear piece has been conveniently timed to take advantage of its success.”

The Atlantic magazine published allegations that all involved claims of underage sex.

Two other men – referred to pseudonymously as Eric and Andy – accuse Singer of having sex with them knowing they were under the age of consent of 18 in California, where the events allegedly took place. (They say they were 17 and 15 respectively.) Another man, named pseudonymously as Ben, said he had oral sex with Singer when he “was either 17 or 18”.

Singer’s legal representative Andrew Brettler denied the allegations, and said that Singer has never been arrested for or charged with any crime and that Singer categorically denies ever having sex with, or a preference for, underage men.

Brettler is described in the article as disputing a number of details, saying Valdovinos did not produce any documentation showing he had worked on Apt Pupil.

In October, Singer posted a message on social media in anticipation of an article in Esquire magazine, accusing journalists of “a reckless disregard for the truth, making assumptions that are fictional and irresponsible”.

In 2017, Singer denied accusations by Cesar Sanchez-Guzman, who had alleged that, as a 17-year-old in 2003, he was sexually assaulted by Singer on a yacht.

Singer was fired from Bohemian Rhapsody before filming ended, but remains the sole credited director due to union regulations. Singer has consistently denied wrongdoing, and was recently reported to have been hired to direct a remake of the 1980s action flick Red Sonja. – Guardian