25 Christmas movies for the 25th (and other days)

As a festive favourite celebrates a quarter of a century enthralling Irish audiences, Vicki Notaro lists 25 of the most enduring Christmas movies 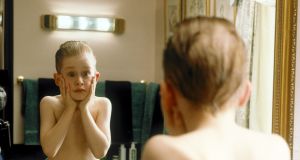 In a time when DVDs are more likely to be gathering dust in your living room than being used, there’s one subgenre of discs that often survives a cull – that of the humble Christmas movie. Sure, there are 24 hour film stations showing the classics on demand and you can stream some of the most popular festive flicks on Netflix, but the vast majority of us still have our favourites in physical form. And that’s because nothing is as sentimental as a Christmas film.

For millennials though (and indeed their parents), there’s one movie that really heralds the coming of Christmas, a film watched by pretty much every Irish child since its release here 25 years ago this week. Yes, it’s been a quarter of a century since Kevin McAllister was left home alone in er, Home Alone, a fact bound to frighten anybody that was cognisant enough to remember seeing it in the cinema.

The movie’s magical formula is clear; a combination of a razor sharp script by John Hughes, a precocious performance by Macauley Culkin, slapstick violence, excellent casting (Joe Pesci and Daniel stern shine as the bungling burglars) and the superb seasonal set design have secured its place in cinematic history. But there’s also the fact that there haven’t been many decent Christmas movies since, and its popularity has endured like few others. The second the haunting theme tune by John Williams is heard, it’s Christmas in many an Irish household.

Home Alone is not the only festive gem though. There are many more, some unexpected and others unmissable in December. In honour of Home Alone’s 25th anniversary, here are 25 top festive films that will have even the most Scrooge-like among us in the mood for Christmas.

Everyone’s favourite traditional Christmas flick, Jimmy Stewart shines as George Bailey in this time-travelling tale of gratitude, redemption and family ties. The real star of the show though? Clarence, the guardian angel.

A rare recent classic, Love Actually recently celebrated its 12th anniversary. Although not without its problematic plot holes, Richard Curtis’ tangled web of relationships around a snowy London at Christmas instantly stole hearts.

It’s easy to forget that the Bruce Willis action classic takes place at Christmas, what with all the bombs, bullets and baddies. But December 24th is when dastardly Hans Gruber takes over the Nakatomi Plaza, and renegade cop John McClane saves the day.

Another Christmas film that isn’t exactly festive, when a boy breaks three golden rules relating to his adorable present, the whole town is a caught up in the ensuing chaos.

The story of Buddy the Elf and his paternity quest is hilarious, ridiculous and heartwarming all at once. Zinging one liners (often improvised by star Will Ferrell), a stellar cast (hello, James Caan) and comedy that works for both kids and adults make it a keeper.

An adorable child who doesn’t believe in Santa meets the real St Nick posing as a department store double, only for Kris Cringle to have to prove his identity in a court of law. Both the original and the 1994 remake are great.

No list would be complete without this sequel, even if it’s slightly more ridiculous than Home Alone. Kevin is transported to Manhattan, reunited with his old foes and chaos ensues against the backdrop of the Big Apple. 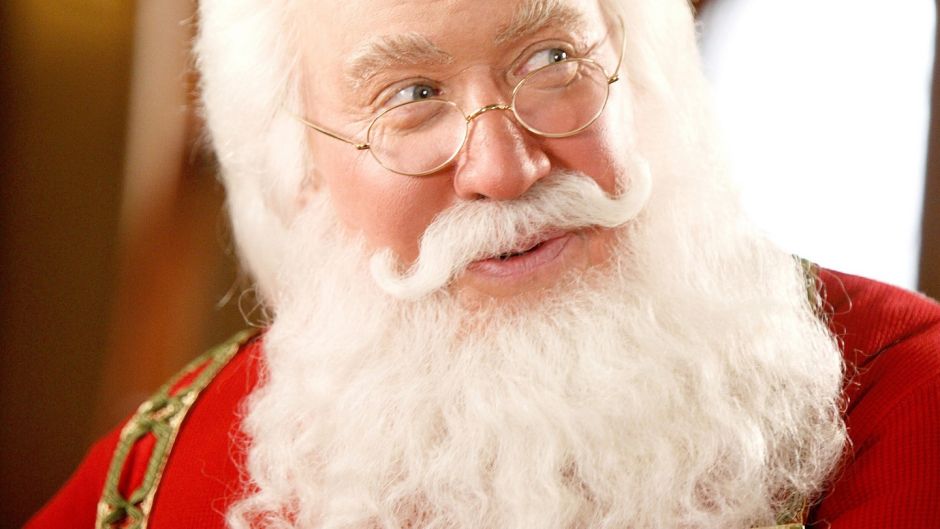 Tim Allen plays an advertising exec who’s forced to become Santa Claus when the big guy takes a fatal dive off his roof. During his transformation, he finds common ground with his son.

Dudley Moore stars in this strange but classic flick about the consumerist greed surrounding Christmas, all told through the eyes of Mr Claus himself.

It’s interesting to imagine the pitch for this film – a retelling of Charles Dickens’ classic (and quite frightening) tale of discovering Christmas spirit, but with a cast of Muppets and Michael Caine. It might sound ridiculous, but it works an absolute treat.

Bill Murray takes on the role of Ebeneezer Scrooge, transplanted to 1980s Manhattan. Definitely a more adult version of the story, but quite brilliant. 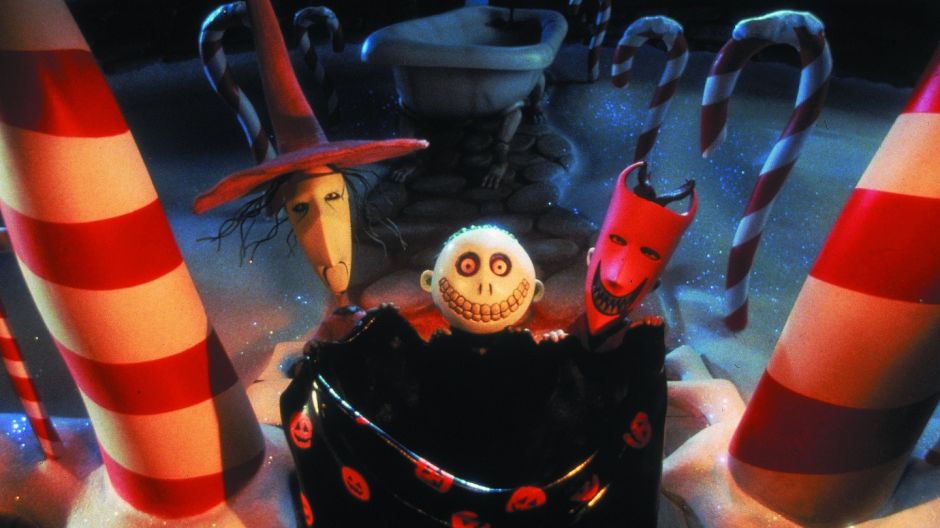 Tim Burton’s fantasy animation is credited as both a Halloween and a Christmas film, but the musical definitely errs on the side of festive. Jack Skellington is the alternative seasonal character to beat.

Irving Berlin’s classic is set in snowy Vermont and stars Rosemary Clooney (aunt of George) and Bing Crosby. The eponymous song comes from the soundtrack, and it’s old-fashioned Christmas glamour at its best.

It’s a generic rom-com, no doubt – and poor Kate Winslet plays an offensively tragic eejit – but thanks to the glamour of Jude Law and Cameron Diaz and the quintessential snowy English town, it’s a favourite of romantics everywhere.

Famous for its theme song Walking In The Air and gorgeously hand-drawn animation, this cartoon definitely tugs at the heart-strings of kids and adults alike.

A live-action retelling of the Dr Seuss classic, Jim Carrey shines as the green Grinch intent on destroying the holidays. 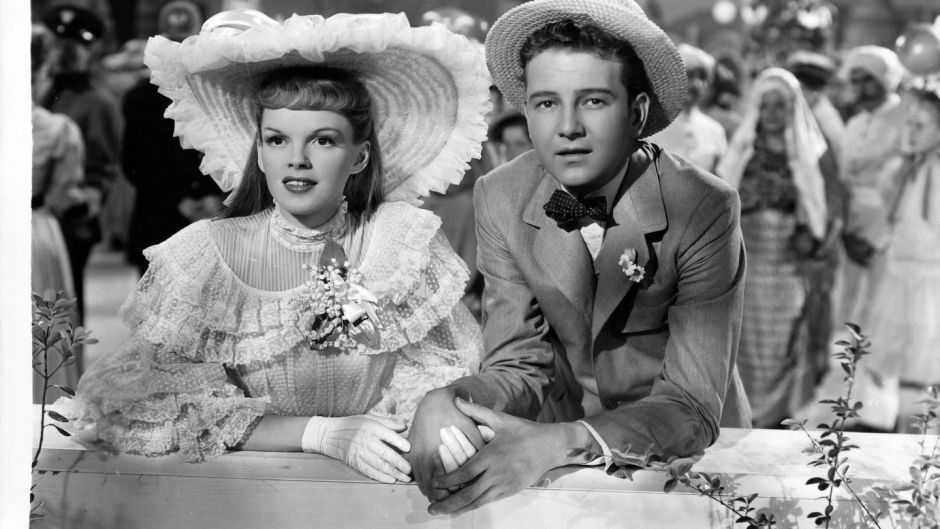 Not strictly a Christmas film as it covers all four seasons in a turbulent year for the Smith family, but well-loved for the incredible scene in which Judy Garland sings Have Yourself A Merry Little Christmas to Margaret O’Brien. Spine-tingling.

One dad’s quest for the elusive Turbo Man action figure symbolises every parent’s nightmare at Christmas. Arnold Schwarzenegger is on sparkling kiddie-movie form – at least for him.

Another film set during the holidays with an action bent, Mel Gibson’s suicidal cop Riggs is paired with Danny Glover’s old timer Murtaugh to bust a drugs ring during the happiest time of the year.

A tale of nature versus nurture, two cranky millionaires arrange for a role reversal between a snotty employee and a canny street con artist. Set during Christmas on Wall Street, Eddie Murphy and Dan Akroyd’s life swap gets funnier with age.

A very atypical festive film, Billy Bob Thorntown is rude, lewd and debaucherous as the titular character – a menacing department store Santa on the take.

An often forgotten film, Thora Birch (also star of Halloween classic Hocus Pocus) plays a little girl who wants more than anything else for her parents to get back together.

It’s hard to believe this cartoon was made in 1965 – the themes of commercialisation are truer now than ever. An adorable addition to the canon.