Lessons in love have never sounded so good 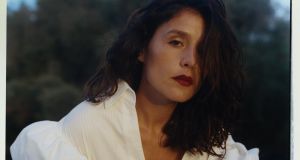 While her music is one big power rush of feelings, something that can sometimes be confused with being soft, Ware’s podcast Table Manners shows a different side to her.

If you think that you’ve ever been in love, well, step back because it’s pretty obvious that no one has felt or understood love in quite the same way that Jessie Ware has. You could try to compete and regale the south London singer with your greatest romance and even with the back up of a few cute selfies, her rebuttal will crush you.

Three albums deep, Ware still manages to find new ways to capture the highs and the excruciating downs of love and while her music is rarely soppy or maudlin, her onstage persona counterbalances the gooeyness. With a cackling laugh and a witty line in between songs, Ware has that enviable charm that makes her the kind of VBF that you look to for inspiration, advice and to solemnly tell you to cop on. As someone who puts so much of herself into her songs, songs she takes a lead songwriting credit on almost every time, it’s easy to forget that you don’t know actually know Ware, but from what we’ve concluded, from interviews, her tunes and her anti-Trump and pro-Corbyn activism in recent years, she’s a damn fine – if not a little late – addition to the VBF family.

In Ware’s albums, you can trace the different stages of her love life. On her debut 2013 album Devotion, we felt the anxieties of a new relationship. Tough Love, her powerful second album, draws inspiration from her marriage to Sam Burrow’s, with You & I (Forever) capturing their make or break moment in song, and 2017’s Glasshouse celebrates the new changes in their relationship since the birth of their daughter. As her soulful voices carries us through big songs like Wildest Moments, a song that seems to send a thunderbolt through your spine, she cleverly takes R&B elements and wraps them up in the dramatics of a big pop chorus. Not necessarily a chart chaser, Ware’s attunement with love and desire - and all the insecurities, paranoias, whirlwinds and tears that those brilliant things bring – gives a timeless air to her music.

While her music is one big power rush of feelings, something that can sometimes be confused with being soft, Ware’s podcast Table Manners shows a different side to her. Co-hosting with her mother Lennie, who works as a chef, the podcast has a new celeb guest every week and they discuss “family, food and the art of a good old chit-chat”. So not only does it prove the point that all celebrities seem to be friends, it highlights what a treasure Ware really is and she’s only slightly overshadowed by her mum who’s not afraid to ask the juicy questions. Opening up the window into her life even further, as Ware, Lennie and celebs like Alan Carr, Adam Buxton and Ed Sheeran sit down for dinner, the microphones catch everything and it feels like we’re right there with them. As the conversations get warmer and looser with every glass of red wine poured, our squeals of joy match Ware’s and we’ve to remind ourselves once again that we don’t actually know this woman but we really wish we did.

And joy upon joys, Jessie Ware is on the line-up for Electric Picnic this very weekend.  Playing on September 2nd, make sure you schedule her set into your day for a quiet moment and the heavy thud of emotions that’s unavoidable when she hits the climax of Champagne Kisses. You may think that you’ve been in love before but Ware will deconstruct and rebuild the entire concept in front of your very eyes.