Your Fault: A snapshot of a vanishing postwar working-class world

review: Andrew Cowan’s novel, set in a British industrial town, is nostalgic but not sentimental 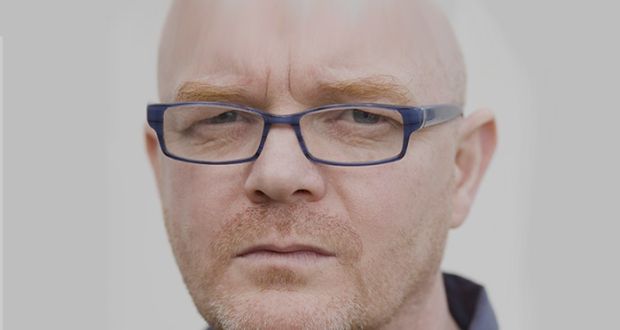 Nostalgia is mainly understood today as a bittersweet homesickness for a glorified past: one which the returner, beguiled by memory, can’t see as it really was. But when coined in 1688 by the Swiss doctor Johannes Hofer, it was the name for a manic disorder suffered by soldiers fighting abroad. There was nothing sweet about this bitterness. Your Fault, Andrew Cowan’s sixth novel, is relentless in its attempt at recollection of a vanished time, and perhaps for this reason accesses a painful past that comes with a very bitter notion of home.

Returning to the ground of Cowan’s lauded 1994 debut Pig, Your Fault is set in a post-industrial English town “of rented accommodation but few private landlords, full employment but little self-employment”. It excavates, snapshot by annual snapshot, the young life of a boy called Peter between 1962 and 1973 as he responds to the behaviour of those around him. Peter’s mother Dolores is a Maltese migrant who married Joe, a much older Scottish ex-military steel worker, when she was just 16. Their marriage is unhappy, and we observe Peter as he becomes aware of this over the years, being hit by his father and ignored by his mother.

Peter’s “future self” looks back on these memories, imposing a sense of determinism on them along with a sense of universalism. Complicated, needy, pitiable, slightly repellent, and a stickler for rules, Peter is nonetheless made to become – because of the “you” of the second-person narrative voice – not just a stand-in for all boys of his time and class, but every reader, had we been been subject to the same “accidents” that befall Peter.

The memories themselves unearth a sense of domestic past that is forensically convincing. Peter’s mother wears a “pinny”. “Oranges [sliced] into quarters” are eaten by the steelworks football team at half time. A rag-and-bone man comes through a street in which every home has vinyl-backed chairs, surfaces laminated in Warerite, pouffes and blue budgerigars. Andy Pandy is on the television. Women have set hair, men wear donkey jackets and “shake hands, as men do, first clamping their cigarettes between their lips,” while little boys have compasses in the soles of their shoes. In the unlikely event that the era described is unclear, we are often told directly: “This is the Sixties”.

Much world-conjuring and realist detail is required for the task, and it is supplied, even in this compact book. But these necessary, delicately conceived evocations of a time can be, by nature, repetitive: the lists of cereals Peter eats for breakfast; lists of competitions and their sponsors at Butlin’s holiday camp; casts of characters from children’s television programmes are recited in full – “There is Mummy Woodentop and the baby, then Daddy Woodentop, and Willy and Jenny the twins. There is also Mrs Scrubbit, who comes to help Mummy Woodentop.”

The experience of being mired in this is evocative without being rich, as memory’s sentimentality and comfort are deliberately withheld. The past comes uninflected, at a remove though it is seen up close. As the narrative tells us, “No nostalgia attaches to this, to any of this”. Unless nostalgia is the trauma described in 1688 by Johannes Hofer. As with Peter’s memories, so too “the buttery shades of the Sixties” as they are presented to us.

Peter’s life is described up until, but not beyond, the point at which he is forced by tragedy to grow up and replace his father. The process by which he turns into this figure is quiet and expert. To reveal anything more would be to muffle the book’s depth charge. Whether this turns this small work into a minor masterpiece is uncertain, and won’t be gauged until it is left to settle into the mind, and looked back upon. But as a series of snapshots of a vanished post-war world, before the gutting of British industry – a paradoxical time of concentrated pollution and associated health risk, yet far more green space and outdoor imaginative life – is well done and, at a time when working-class stories ought to be coming to the fore, welcome indeed.