Winter in Sokcho: Enigmatic examination of a woman in stasis 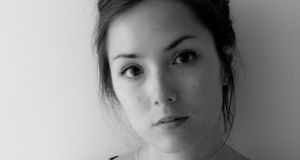 Élisa Shua Dusapin is a stylish French writer interested in the emotional life of her characters.

The unnamed narrator of this engrossing debut novel is also waiting – for change, for something to happen, for her adult life to begin. Finished university, she has returned to her hometown to work in a guest house and be near her mother. Her boyfriend Jun-Oh visits occasionally but is more concerned with establishing a modelling career in Seoul. The narrator’s days all have similar shape: she cleans, changes bed linen, cooks for the guests, eats her mother’s food. But when a stranger comes to town, in the form of Kerrand, a French writer and artist, the narrator sees her life and town through his eyes and soon becomes restless for change.

1 Cork shootings: Gardaí investigate whether attack was planned by two of the deceased
2 Cork shootings: Postmortems on two of three family members complete
3 Ciara Kelly: I was pregnant, unmarried, a junior doctor and I got old-school comments
4 Former solicitors ran an ‘identity factory’ in committing fraud – court told
5 Kanturk farm shootings: A timeline
6 US election: Big welcome for Donald jnr as his campaign blitz lands in Ohio
7 Coronavirus: Too early to say if Ireland has turned a corner, warns Tony Holohan
8 Michael McDowell: We must check if this Covid-19 lockdown is really necessary
9 Deaths of father and sons may have been over disputed inheritance
10 Essex lorry deaths: victims pleaded for lorry doors to be opened, court hears
11 Son (23) who died in suspected Cork murder-suicide was due to graduate
12 Borat 2: Rudy Giuliani’s trouser-reaching scene is the work of a daring young woman
13 Large retailers modify stores and block off non-essential products from customers
14 Third person arrested in education board corruption investigation
15 A nation takes to its feet: Walking ourselves out of lockdown
16 Cian Healy: ‘Realistically I got away with murder when I was younger’
17 Bartomeu resigns and drops bombshell of Barcelona joining European Super League
18 Rape victims to be legally represented at trial if their sexual history is examined
19 Classic horror: the 10 most terrifying short stories ever written
20 Back to brack: An easy Halloween bake
21 Woman who lost damages case over ‘thrill ride’ must pay appeal costs
22 Covid-19: Contact tracing recruits asked to bring own laptops to work due to HSE delay
23 Vicky Phelan feels ‘betrayed’ by CervicalCheck tribunal
24 Martin Feeley: Hospital admissions don’t justify pressing the panic button
25 US sex cult founder Keith Raniere sentenced to 120 years in prison
26 Coronavirus: How to sort out contact tracing in six weeks
27 Will the real Chuck Barris step forward . . . Hit man: fact or fiction
28 Two hundred Irish retailers for all your online Christmas shopping
29 Covid restrictions make it difficult for Irish women seeking abortions to travel
30 The former Rose at the front line of US Covid-19 fight
31 I’ve had the same problem my whole life – no one likes me
32 The Irish Times view on the US supreme court: securing Trump’s legacy
33 Matthew McConaughey: ‘I wouldn’t give back one ass-whupping for the values that are ingrained in me’
34 UCC criticised for links with controversial Chinese university
35 Covid-19 transmitted in fewer than 10 schools – Nphet
36 Liverpool maintain perfect start but count cost with Fabinho injury
37 Moscow keeps nightlife open despite record Covid-19 deaths in Russia
38 Robbie Henshaw likely to be the only Irish change for France finale
39 Three financial planning tips for the current market environment
40 How to avoid a communication breakdown
Real news has value SUBSCRIBE