Book review: Captivating debut novel about the dangers of pursuing the American dream 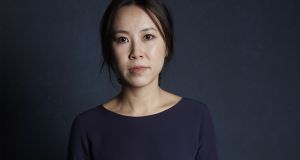 “Maybe there were no new stories, only your story. But what did the real story even matter, when most people judged you based on the shallowest surfaces?” In her smart and provocative debut novel, White Ivy, Susie Yang explores the subject of privilege through the character of Ivy Lin, a second-generation Chinese-American desperate to cash in on the great American dream.

Desperate is a word that suits the manipulative and enterprising Ivy, whose coming-of-age story in the Boston suburbs proves a multifaceted, riveting read. At the centre of the book is Ivy’s fascination with one all-American family, the Speyers. In high school she falls in love with son Gideon, only to have her parents mortify her at a sleepover party in his house, then relocate the family to another town. Years later she reunites with Gideon following a chance encounter with his haughty sister Sylvia. The pair begin a relationship of sorts, with the bulk of the novel leading up to their wedding day.

9 Temperatures set to plunge to -4 degrees, bringing risk of snow

10 ‘Doug and Kamala together are almost vomit-inducingly cute and couply’: The VP’s stepkids speak

12 Can five minutes’ exercise a day make you fit?

13 Hurling between the high rise flats: My first glimpse of the emigrant life

18 ‘The hellhole says goodbye’: Glee and relief in Europe as Trump departs

20 Mandatory travel quarantine should be introduced by Ireland, experts urge

27 Cold and working from home? How to stay warm without whacking up the heating

29 Rugby Stats: Ruddock and Coombes tick all the boxes for Ireland squad inclusion

30 How to use up your Covid pantry ingredients imaginatively

31 Leo Varadkar and the leak: New questions for Tánaiste about GP contract

34 ‘Outside home, school is all he has’: Mother urges help as special schools remain shut

38 ‘Brexodus’ of jobs from City of London to continue, says EU commissioner

39 Focus intensifies on impact of tiny plastics on human body