What the Dickens? Why biographers don't always tell the whole story 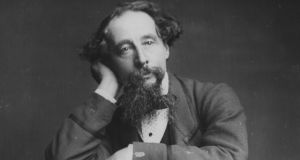 IN HER ENGAGING new biography of Charles Dickens, Claire Tomalin writes about an encounter between two giants of 19th-century literature.

We are told it took place in 1862, in Dickens’s office on Wellington Street in London, when Fyodor Dostoevsky was in town and called in. The Russian was a fan, having read Dickens in prison, and years later, it is said, he wrote to a friend about their encounter.

The account was translated by Stephanie Harvey and published in the Dickensianin 2002. But it turns out the encounter might never have taken place. Last weekend Tomalin said she appears to have fallen for a hoax. She initially found the account of the meeting “electrifying” but began to have doubts after her biography was published. Then she and her husband, the writer Michael Frayn, looked for the original source of the account, not the translation she had relied on. She could find nothing to back up the English account, and other biographers who used the translation also admitted that they were unable to verify its source.

Tomalin says Russian scholars would like the translation to be authentic, and she points out that Dostoevsky and Dickens may have been in London at the same time in 1862 and that both spoke French, so they could have met and communicated. But, she asks, “is it conceivable that [Dickens] would have poured out his innermost thoughts to a Russian visitor he never met?” The biographer says the passage will be removed from future editions of her book.

IT SEEMS TOMALIN is not alone in falling for myth masquerading as fact when it comes to writing literary lives.

Michael Benton, an emeritus professor of English at the University of Southampton, has written about “biomythography”. He argues that mythologising plays a bigger role in literary biographies than it does in many other genres. He cites Elizabeth Gaskell’s biography of the Brontës, which portrayed Charlotte as a martyred heroine driven by duty, with her sense of humour and sarcasm edited entirely from the account. He also cites Lord Byron, the subject of more than 30 biographies, memoirs and critiques within five years of his death. As Benton points out, “the Byronic myth mutated rapidly”. Depending on the biographer, he could be portrayed as a dandy, a revolutionary martyr, a lonely wanderer, an aristocratic aesthete, a moody artist, a homosexual, a bisexual or a sexual predator. Much, then, depended on the outlook of the biographer.

Dr Éibhear Walshe of University College Cork is about to bring out a book on Oscar Wilde – not a biography but a study of biographies of Wilde and his Irish connections. When it comes to the distinction between literary fact and fiction, Wilde has had his share of myth-making – much of it from the man himself.

An often-reported story concerns Wilde staying at the Cadogan Hotel in London after the collapse of his first trial. He could have left the country but chose to stay. It is said that his nationalist mother, Speranza, came to him and said something to the effect that if Wilde stayed he was still her son but if he left she would never talk to him again. “I was looking at Irish biographies and studies of Wilde, and they go to this story again and again,” says Walshe. “When I looked at the source it seemed the only person who was the witness to this story was [WB] Yeats. He [tells the story] in his autobiography and says someone told him it but he forgets who. Out of this memory, respected biographers have used this story, and it has become part of a legend. It fits in with the idea of Wilde as an Irishman being encouraged to stand up to British justice.”

Walshe also points to Elizabeth Gaskell’s biography of Charlotte Brontë, published in 1857, as evidence of how a biographer can allow personal preferences to get in the way of fact. “Her portrait of the Brontës’ father is quite negative, and she says as children they were never given meat, which implied they were undernourished. Yet he pointed out afterwards that there was always a meat press in the house. Biographers use materials and shape them to their idea of what artists should be, often based on their own work. A biography in a way is a version of the person who writes it. When you are writing you have to be very careful of that.”

Roy Foster, who is professor of Irish history at the University of Oxford, also had to navigate between fact and fiction for his biography of WB Yeats. “The more famous a person is, the more a pattern is built of up different layers of their life,” he says. “With Yeats, you could take the example of a story everyone told that Yeats hadn’t been in a pub, that he got RM Smyllie, the Irish Timeseditor, to take him to a pub and that he said, ‘I’ve been in a pub, now take me out.’ ” It was utter nonsense. When Yeats was a young man, the Rhymers’ Club met in a pub off Fleet Street in London. It was a crazy, idiotic story, but it went with the image.”

Foster says that, with any biographer, one of the rules is that you need to corroborate your subject’s account of an event or time. “The way you go at it is to look at as many sources as possible. With Yeats, I looked a lot at letters between his friends rather than only going on his own correspondence. I found that quite a good way of approaching him.”

Foster cites Samuel Beckett as an example of how some literary figures can contribute to their own myth-making. “I’m reading the wonderful second volume of Beckett’s letters, and Beckett gave permission that only letters to do with his work could be published, which is crazy. You can’t make a distinction between what you do with work and your life. Making that kind of distinction almost reinforces myth-making. A holistic approach to life and work, and the way they interpenetrate each other, to me that is how you write a proper biography.”

Leo Robson on Richard Bradford on Martin AmisIn the New Statesmanlast month, the critic Leo Robson took Richard Bradford to task for his new biography of Martin Amis. Robson said it was full of “spectacularly bad writing about spectacularly good writing”. Four days later he listed “the errors and inaccuracies of Richard Bradford”, taking issue, among other things, with Bradford’s claim that Amis never admits to influence from other writers. Robson pointed to a 1980 article in which Amis wrote, “I once lifted a whole paragraph of mesmeric jargon from JG Ballard’s The Drowned World.”

Rufus Griswold on Edgar Allen PoeAfter Poe’s death, in 1849, a literary rival, Rufus Griswold, wrote a biography portraying the author as a drunk, a womaniser and a madman, lacking friends and morality. Some of these myths endure. It is said Griswold did this because of some unsavoury things Poe had said about him. Griswold hoped that the biography would lead to a public dismissal of Poe and his work. In fact, it led to an even greater public interest in the writer.

Oxford Dictionary of National Biography on Patrick O’BrianWhen Oxford University Press published this 60-volume dictionary, in 2005, some critics pointed to inaccuracies. Count Nikolai Tolstoy also wrote to the Times Literary Supplementto take issue with the way his stepfather, the writer Patrick O’Brian, was represented. “The lengthy entry is so replete with factual errors that it is scarcely an exaggeration to say that barely a biographical detail is correct.” Perhaps the mistakes were understandable: O’Brian resisted giving out biographical information, and many of his readers assumed he was Irish until the Daily Telegraphand the BBC established that he was born Richard Patrick Russ and was English.