Reviews of The Frightened Ones, No-Signal Area, Grove, The Death of Comrade President and Ankomst 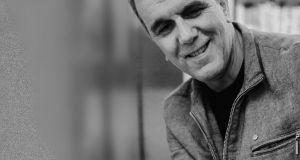 Mention of a novel set in Syria might suggest a story mired in violence and suffering, but in The Frightened Ones by Dima Wannous, translated by Elisabeth Jacquette (Harvill Secker, 242pp, £12.99) the emphasis is on the anguish of Suleima, a woman whose precarious understanding of both herself and those around her is heightened by the layers of division within her country.

Early in the novel, Suleima meets a taciturn man called Naseem who, like her, regularly visits a psychotherapist in Damascus. From hesitant beginnings, they form an indistinct relationship. Suleima learns that Naseem is a doctor, but also a novelist who writes under a pseudonym.

6 Coronavirus: What happens when the lockdown ends in March?

8 Oscar Wilde, my grandfather, ‘talked himself into prison’

11 Paul Howard: ‘Ross O’Carroll-Kelly was born out of anger’

12 Suzi Quatro: ‘If he’d done that backstage he’d have been singing soprano for the rest of his life’

13 Q&A: Can I still pass Covid on after I’ve been vaccinated?

16 Fintan O'Toole: The State has never got its head around the pandemic

17 Q&A: What are the new Covid travel rules and how will they work?

20 Enda Kenny: Border poll is ‘meaningless’ without putting in work on living together

25 Walk this way: 17 tips for getting the most from your daily lockdown outing

26 Kathy Sheridan: This is not the time for a Border poll

28 Fauci reveals what it was really like working for Trump

32 Tax relief: Expenses you can claim to try reduce your bill

34 Can five minutes’ exercise a day make you fit?

36 Q&A: How many people are travelling into and out of Ireland?