To Be a Man: Nuanced and provocative short stories

Book review: Debut collection by Nicole Krauss, the bestselling author of The History of Love, examines what it means to be human 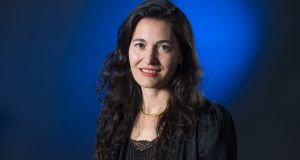 To Be a Man, a collection of short stories by Nicole Krauss, scrutinises masculinity in all its guises. Photograph: Getty Images

Much celebrated for her critically acclaimed novels, including the bestselling The History of Love, Anglo-American Krauss has published her debut short-story collection.

To Be a Man presents 10 stories, seven of which were previously published. These include Future Emergencies, which first appeared in 2002, the same year as her debut novel, Man Walks Into a Room. That this story offers a post-9/11 New York where citizens inhabit the city wearing gas masks out of fear of an unnamed threat reads now as remarkably prescient.

12 ‘Horrendously out of proportion’: Residents set against 19-storey apartments

14 ‘I think my husband has a drug problem, but he says that’s nonsense’

18 Michael Harding: Just after Christmas, I began talking to the birds

19 Joe Biden can bring either unity or change – not both

20 Range Rover Sport D350: Fab to drive. But everyone you pass will hate you

24 The chickpea stew that broke the internet in the US is here. Give it a go

26 Kathy Sheridan: Pandemic is reminder of poison in British and Irish politics

27 Róisín Ingle: The gin is now part of my daily routine

37 AIB and Irish Life in advanced talks on joint venture

38 A sizzling recipe to convert the sceptics