Tsitsi Dangarembga’s novel is a compelling, cruel and frank tale of ordinary struggle 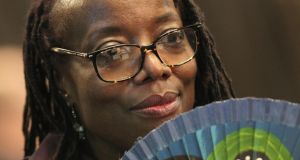 In 2015 Teju Cole wrote an essay for the New Yorker titled Unmournable Bodies. The piece was written in the wake of the terrorist attack in Paris in which 12 people were murdered at the offices of the satirical magazine Charlie Hebdo. The publication was targeted for its irreligious representations of the Prophet Muhammad.

Cole sees the overwhelming and unquestioning support for the victims of the attack as indicative of western society’s belief in radical Islamism as the one true enemy. Yet we fail to pay due attention to other significant acts of violence: “abductions and killings in Mexico, hundreds of children (and more than a dozen journalists) killed in Gaza by Israel . . . internecine massacres in the Central African Republic, and so on.”

12 New to the Parish: Abdullah Afghan and Fatima Abdullah arrived from Afghanistan via Pakistan

23 Will the new first-time buyer plan push up house prices?

28 ‘My husband is unemployed. Where will he go if I leave him for my business partner?’

29 Irish Times view on the restless state of unionism

32 Long Covid in children: New data is cause for concern, scientists say

34 Before you buy an electric vehicle, ask: Will I drive it enough to make it eco-friendly?

35 Miriam Lord: The Bisto Kids get a taste of their own Davy gravy