These true tales of Berlin are streets ahead of Isherwood 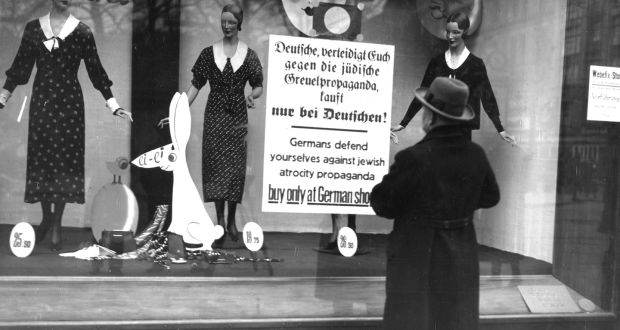 Generations have been lured to the German capital under false pretences by Christopher Isherwood’s ingenious, disingenuous Berlin novels.

Lying from the outset – “I am a camera with its shutter open, quite passive, recording, not thinking” – Isherwood was a trustafarian toff, less writer than wannabe impressionist painter, accentuating much and excluding even more.

To exhaust his camera metaphor, Isherwood took lots of pictures in Berlin but never waited to see how they developed.

When the Nazis took power he ducked out yet dined out for decades on his three years in Berlin: in books, a play and, most famously, the stage and screen musical Cabaret.

Hannah’s Dress by French correspondent Pascale Hugues began life as a modest project to tell the story of her unspectacular street in Berlin’s Schöneberg neighbourhood, near where Isherwood lived.

Without intending to, Ms Hugues has produced a work more satisfactory and well-rounded than Isherwood’s affected, unfinished Berlin sketches.

Unlike the English man, Hugues steps back and allows her street take centre stage, starting with a staggering first chapter.

Built in 1904, her street, with its stolid Wilhelmine apartment blocks, was a typical example of imperial Berlin’s “bragging pursuit of superlatives”, a belated nation playing catch-up with the centuries-old splendour of Paris and Vienna.

But her street’s real stories are not its architecture but its people and, with admirable and assiduous charm, she tracks down stories of neighbours past and present.

In doing so she recalls how, in 1904, her district laid out the welcome mat to middle-class, secular Jews. In total 106 Jews moved in until, 30 years later, the Nazi authorities – and opportunistic neighbours – yanked the mat from under their feet.

Few survived, and only one was still resident when Hugues moved in, her life a blueprint for Germany’s betrayal of its Jewish bourgeoisie.

Looking for further stories, a classified ad Hugues places looking for former neighbours attracts responses from Holocaust survivors in the US, Israel, Australia – all exiled from their homeland yet still shaped by its mental make-up.

“Like a lot of Jews, my life is a piece of theatre,” admits one, living for decades in California.

The stories keep coming – tragic and hilarious – as do the neighbours, from experimental pop collective Tangerine Dream to David Bowie.

Nick Somers’s translation is fluid and, save for repeatedly describing Jews murdered by the Nazis as “assassinated”, it does a good job capturing Hugues’ loving eye for detail and her gentle, sarcastic tone.

Hannah’s Dress, a celebration of life and loss in a street that has never found peace, makes sense of a chaotic century in Berlin and cries out for a second life – in a stage, radio or television adaptation.

Move over Isherwood: Pascale Hugues has taken your storyteller crown, proving the German truism that the best stories really are lying around on the streets.