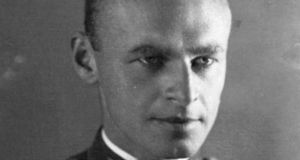 The horrors of Auschwitz remain uniquely shocking. The screams and silence of the gas chambers; the stench of the burning bodies; the limitless violence, sexual torture and medical experimentation; the selections for death from each new train entering the camp; corpses stacked under a Christmas tree as an SS “joke”; the unfathomable figure of more than one million people (the vast majority Jewish) murdered in an industrial system of killing. There has perhaps never been anywhere closer to hell on Earth.

The idea, then, that someone volunteered to enter such a place seems incredible. Yet that is exactly what Polish cavalry officer Witold Pilecki did in 1940, seeking to gather intelligence for the Resistance and foment a prisoner uprising against the occupying Nazis. While Pilecki’s story has in recent years become better known in Poland, he has often been ignored in the English-speaking world, something remedied by this meticulously researched book by British war correspondent Jack Fairweather, this year’s Costa Book of the Year.

1 Cork shooting tragedy: Postmortems to be carried out as community shocked by deaths in ‘well liked family’
2 Ciara Kelly: I was pregnant, unmarried, a junior doctor and I got old-school comments
3 Third person arrested in education board corruption investigation
4 ‘Shellshocked’: Outrage in Australia after women on flight strip-searched in Qatar
5 Son (23) who died in suspected Cork murder-suicide was due to graduate
6 Cork suspected murder-suicide may have been over disputed will
7 The Undoing: Hugh Grant is wonderfully inscrutable as he plays his greatest hits
8 Two hundred Irish retailers for all your online Christmas shopping
9 Deaths of father and sons may have been over disputed inheritance
10 The former Rose at the front line of US Covid-19 fight
11 Covid-19: Italy’s PM faces biggest test as public unity falls apart over restrictions
12 Lily James: ‘I think I’m too submissive’
13 Fintan O’Toole: Knock-knock joke on house parties is a Covid charade
14 PTSB plays down Ulster Bank talk as it sells €1.4bn of loans
15 Kanturk farm shootings: A timeline
16 Suspected murder-suicide shooting in Cork leaves father and two sons dead
17 Don McLean on the meaning of American Pie: ‘Who cares, who gives a f**k’
18 Housing crisis will be permanent unless there is radical rethink, industry warns
19 Up or down – how much is your Local Property Tax this year?
20 Gerry Thornley: Antoine Dupont and France look perfectly primed for Ireland visit
21 Season turning as blustery winds and showers forecast
22 Irish tech company Asavie acquired by Nasdaq-listed Akamai
23 Almost 20% of staff at Dublin hospital have antibody evidence of Covid-19 infection
24 State will not appeal court decision to refuse Ian Bailey’s extradition to France
25 Back to brack: An easy Halloween bake
26 How much state pension will I get next year?
27 Am I crazy to consider switching to an Ulster Bank mortgage?
28 Johnny Sexton: ‘We just know we have to be a lot better in all areas on Saturday’
29 Martin Feeley: Hospital admissions don’t justify pressing the panic button
30 Irish aviation industry will ‘not exist’ without urgent political action, Oireachtas committee told
31 Covid-19: UK deaths pass 61,000 as Victoria state records no cases for second day in row
32 Breathe easy to maximise your running experience
33 Disposable income in Ireland rose 28% between 2012 and 2019
34 Life under Level 5: Where can I go, who can I see, what is closed and what is open?
35 From the past to modernity: images of Ireland transforming
36 Ghost newspapers and zombie brands are stalking the media
37 Covid-19 in a cramped inner-city flat: ‘It felt like the walls were closing in’
38 Seán O’Brien: Anger over my parents’ break-up never left me
39 Gardaí say 52 people who went missing in 2020 not yet found
40 Green Party Cllr Lorna Bogue resigns over mother and baby homes row
Real news has value SUBSCRIBE