The Tenant of Wildfell Hall (1848) by Anne Brontë 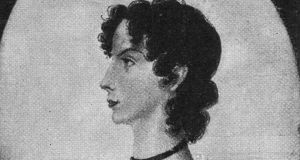 Of the three Brontë sisters, Anne has always trailed behind Charlotte and Emily in the popularity stakes, which is a pity as her writing abilities equalled theirs. Indeed, she tackled subjects that were taboo for her time more openly and comprehensively than they did.

Helen Graham, the eponymous tenant, is a mysterious new arrival in the neighbourhood about whom rumours soon abound. Local farmer Gilbert Markham falls in love with Helen and defends her reputation, although he’s troubled by her relationship with her landlord who, unbeknownst to him, is her brother. Helen had married young but her husband was an alcoholic and adulterer and she’d left him to protect their young son from his baleful influence. The plot centres on her and Gilbert’s developing relationship.

The novel tackles weighty themes, especially women’s legal position in mid-Victorian Britain. Basically, when they married they had little or no control over their own lives, children or property. The idea of a woman leaving her husband and fending for herself and her children (Helen is an artist who sells her paintings) was shocking to contemporary society.

Other significant themes are alcoholism (of which Anne had direct experience in her brother Branwell), domestic violence, the relations between the sexes and attitudes to religion and salvation (Anne, like her protagonist Helen, believed in universalism).

The narrative structure is notable. Gilbert is the main narrator and Helen’s diary becomes a second source of narration. Some critics have argued that using a male narrator weakens the novel as none of the Brontë sisters were able to see life through a man’s eyes. But this is questionable as the well-told story certainly holds our attention. That Gilbert isn’t a totally sympathetic character makes him all the more credible.

With few exceptions, the novel was mostly condemned by contemporary reviewers and that continued to be largely the case for more than a century. About 1960, biographers praised Anne Brontë as the first realist woman writer and the first feminist novelist, but it was only late in the 20th century that The Tentant of Wildfell Hall began to get critical acclaim. It is now safe to call it an established landmark feminist text.