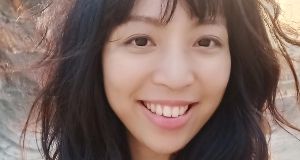 The so-called perfect life of a Japanese teenager is the focus of Clarissa Goenawan’s second novel, an offbeat, tender exploration of the secrets we keep from others.

The Perfect World of Miwako Sumida initially gives the impression that it might be about Instagram culture, a heavily manicured world of online profiles and their suggestions of flawless, faultless living. But Goenawan instead chooses to start her book in 1989, a time when people were less inclined to speak out about their stories or “their truths”. It is interesting to get this glimpse of a fairly recent past whose culture – not just in Japan – made it difficult for victims or those on the outside to be part of the mainstream.

10 ‘The social worker said: Were two seconds of pleasure worth it for all this?’

13 Kenmare hotel will not be ‘at your service’ until June, says John Brennan

14 Gerry Thornley: IRFU must grasp this opportunity for club game

17 WHO warns of ‘catastrophic moral failure’ in Covid vaccine distribution

21 The Secret Teacher: Our belief that Leaving Cert is exemplary is at dizzying heights

22 Kamala Harris is about to make history. So is her ‘big, blended’ family

25 Empty shelves in the North are because of Covid, not Brexit, says Lewis

27 Tadhg Furlong set for return to rugby after lengthy absence

28 ‘Our history with Ireland, lots of English people just don’t know it’

38 Messi’s red-card outburst the act of a desperate, hopeless man