The Owl at the Window review: They the living

Carl Gorham’s grieving memoir of his partner’s death is most effective when it focuses on their daughter, writes Molly McCloskey 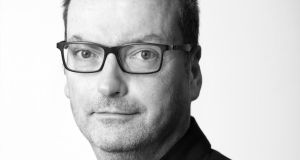 Carl Gorham: “Days. Weeks. Months. Faster and faster. We have no time to lose. Because life is uncertain. We don’t wait. We do.”

Book Title:
The Owl at the Window: A Memoir of Loss and Hope

It may be middle age, but it seems to me that everyone is talking about death. On the one hand are the transhumanists, proponents of radical life extension, mind uploading, and cyrogenics – the latter in the news recently when a terminally ill 14-year-old in the UK won the right to be cyrogenically preserved.

Then there are those who exhort us to live well and accept death. In this camp are the death doulas, the “death positivity movement”, and the Order of the Good Death (“Accepting that death itself is natural, but the death anxiety of modern culture is not”). Death cafes – where strangers gather to discuss death – are springing up around the world.

I cannot imagine these salons and I wouldn’t want to try one, though as Raymond Tallis notes in The Black Mirror, a work in which he observes himself from the imagined vantage point of being dead, “talking about death may be even more evasive than remaining silent”: we can’t but sound portentous or hollowly laconic.

While transhumanists want to live forever, or at least for a lot longer, many of us (and I include myself here; few things cause me greater anxiety than the thought of thawing out, defenceless, in an unimaginable future) want to fear death less and die feeling human. Atul Gawande’s hugely successful Being Mortal is about improving the quality of end-of-life, as is the well-known work of BJ Miller, a triple amputee and hospice and palliative medicine physician.

Perhaps the increase in people narrating their own last days – Christopher Hitchens, Jenny Diski, Oliver Sacks, Tom Lubbock, Paul Kalanithi – is a reflection of the growing desire to claim ownership of this final process. Of course, it may also be the logical next step to our having narrated every other aspect of our existence.

What also proliferates are the memoirs of those left grieving. One of the latest is The Owl at the Window by Carl Gorham, the award-winning creator of the animated sitcom Stressed Eric and numerous other sitcoms and film scripts.

In 1997, Gorham and Vikki Sipek are two thirtysomethings living the dream – she flying high in the fashion industry and he enjoying a US bidding war for his work, their lives “a living, breathing Sunday supplement”. Then Vikki finds a lump in her breast. So begins 10 years of operations, chemotherapy and scans, awaiting results, fearing the worst.

“[W]e’re in a different race now,” Gorham writes. “We’re running, running, trying to stay ahead of it. And time feels different. It seems to race by. Days. Weeks. Months. Faster and faster. We have no time to lose. Because life is uncertain. We don’t wait. We do.”

They give birth to a daughter, Romy, who is three when her mother’s cancer returns. On a family trip, passing through Hong Kong, Vikki lapses into a coma. While she lies in hospital, Gorham and his daughter wander, dazed, through the surreal landscape. A friend of a friend offers them a house. Imagining a luxurious refuge, they instead find themselves in a ramshackle cottage, its environs distressingly apposite: to get there they must walk through an unlit wood and across a graveyard where snakes and Komodo dragons lurk.

Vikki dies in Hong Kong, and Gorham embarks on the business of grieving and of single-parenting, the day-to-day of keeping Romy connected to her mother: too much talk of Vikki sounds false and hectoring, but too little and Romy may lose the sense of Vikki altogether.

Grief, like all abstract nouns, is difficult to narrate, and when such a narration has power it is because an intense particularity has been brought both to the day to day and to the person being mourned. Vikki, unfortunately, remains frustratingly distant. She is always quiet and unassuming but also “bustling with brilliant energy”, and she never quite assumes dimensions. Grief itself falls victim to too much telling and too little showing: “I can’t accept it. Not now. Not yet. I can’t contemplate it. The thought of never seeing her again. It’s too much. Too utterly terrifying.”

It is Romy who animates the narrative, enacting her grief in a way that seems instinctive, primal and delicate. Nine months after her mother’s death, Romy constructs a cardboard reproduction of Vikki, which she christens Cardboard Mummy. Cardboard Mummy is one of the family, watching TV, propped up at the dinner table, belted into the passenger seat on trips to the supermarket. Romy talks to Cardboard Mummy about all manner of things and solicits her advice.

When Romy decides to bring Cardboard Mummy to school for show-and-tell, her father fears the worst – bullies tearing Mummy to pieces, his daughter a laughingstock. But Romy manages the performance with exceptional poise, telling the class “about her mummy’s illness and everything that happened in Hong Kong . . . and how Mummy is in the ground at the church now and how we are all so sad and how we will always be sad”.

This turns out to have been an astonishingly intuitive act of catharsis, because after that, Cardboard Mummy begins to recede. She sits in the hall, and Romy doesn’t pick her up as often, though she’s happy Mummy is there. Mummy is now spoken of with fondness and nostalgia, “like an old friend who has moved away to the other side of the world”.

In exteriorising her mother’s presence through a cardboard effigy, Romy seems to have marked for Vikki a territory in her own life and psyche. It is a reminder of how, with our sophistication and our lack of ritual, we have lost the hang of being with the dead.

It also reminds us of what we all vaguely know and which may give us solace – or pause – as we contemplate our own demise: that biological death is an endpoint to existence on one plane only. The impact we have on others doesn’t cease when we do.

As philosopher Gabriel Rockhill noted in a recent New York Times column on discussing death with his son and how these psychosocial dimensions of ourselves persist: “In living, we trace a wake in the world.”

Molly McCloskey’s new novel, When Light Is Like Water, will be published by Penguin Ireland in April.