The Outsiders: Refugees in Europe since 1492 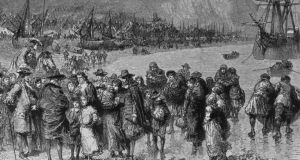 The book begins with a dismal description of refugees on the Greek islands living a fox-like existence in tents, shelters of twigs, turf, even caves. My first thought was this was the story of the refugees from the Middle East that have been flooding into Europe in the last decade. They have produced many such heart-breaking stories.

Who can forget the 2015 picture of Alan Kurdi, a three-year-old Syrian boy of Kurdish origin whose body was washed up on a Turkish beach as the boat carrying his family capsized when trying to flee from Turkey to the Greek island of Kos.