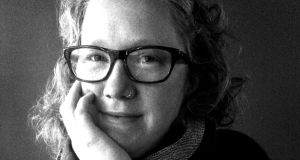 Author Diane Cook: she has the control that is necessary for good speculative fiction.

“They had seen a lot of death. They had become hardened to it. Not just the Community members who had perished in grisly or mundane ways. But around them everything died openly. Dying was as common as living.”

The New Wilderness, Diane Cook’s Booker-longlisted debut novel, is an urgent and inventive look at the climate crisis. Set in an eerily believable near-future, the book charts the progress (heavy on the irony) of a group of volunteers who’ve signed up to an experiment where they live in a vast area of wilderness outside the bounds of the City, a place of contaminated air and depleted natural resources.

7 How to build a modern man: Helping boys to grow up happy

8 No Irish howlers, but Prince Philip’s body language with McGuinness told a story

9 Leadership at issue as Fianna Fáil eyes prospects after pandemic

10 Fintan O’Toole: I got a mortgage at 24 – unthinkable for today’s young adults

13 David McWilliams: A female-led economy is coming – and it will be better

15 Belgium, France, Italy, US and Canada among 16 countries added to mandatory quarantine list

16 Ireland’s Generation Rent: ‘After 12 years renting, I’d like my own front door’

30 Magic Of Light can take Grand National glory for Harrington

33 Philip Boucher-Hayes trips over his own intellect

35 Róisín Ingle: Dear Sister – Shame on the men of Dingle who praised your rapist

36 Bertie Ahern: The Belfast Agreement is the best way out of this mess

37 ‘Unionism is in turmoil’: Worry in Dublin as North threatens to regress

39 Ross O’Carroll Kelly: ‘The old man has promised to stop acting the dick’